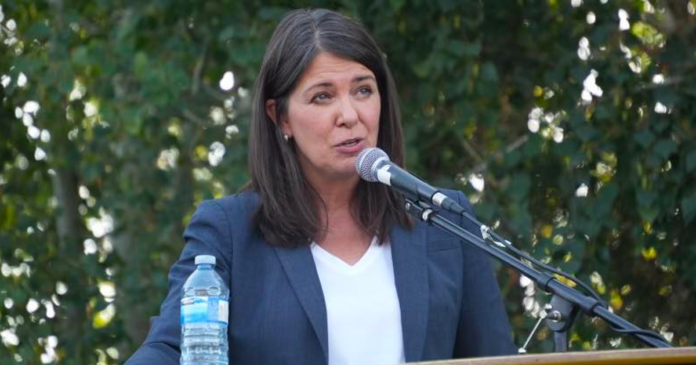 The Alberta government is considering ways to push back on the Liberals’ “absurd” electric vehicle mandate, including employing the province’s new Sovereignty Act for the first time.

On Wednesday, Liberal Minister Environment Steven Guilbeault announced that every major passenger vehicle sold in Canada must be electric by 2035.

Alberta Premier Danielle Smith’s office says the mandate is a clear violation of Alberta’s right to freely regulate its economy.

“Our Cabinet and Caucus will discuss this issue and what tools we will consider using to push back on this absurd federal policy, including potential use of the Alberta Sovereignty within a United Canada Act,” the premier’s office said in a statement to True North.

The premier’s office also said the announcement is “exceptionally tone-deaf” as Albertans and Canadians struggle with inflation.

“Not only will this Ottawa edict cost taxpayers and ratepayers tens of billions for needed grid upgrades, it will drive up the costs of purchasing vehicles, and erode Albertan’s freedom to choose what vehicle they need to meet their and their family’s needs.”

The legislation would add requirements to car manufacturers and importers to meet annual sales targets beginning with the 2026 model year, meaning 20% of vehicle sales must be electric.

Per the regulations, manufacturers or importers who don’t meet the sales targets could face penalties under the Canadian Environmental Protection Act. Penalties under the act range from a fine $15,000 to imprisonment for up to three years for first offences.

The government says Bill 1 allows the province “to stand up to federal government overreach and interference in areas of provincial jurisdiction, including… private property, natural resources, agriculture, firearms, regulation of the economy and delivery of health, education and other social programs.”

The bill lays out a legislative framework for Alberta to formally defend its provincial jurisdiction while respecting Indigenous and treaty rights, Canada’s Constitution and the courts.

When it was introduced, Smith said she hopes the province will “never have to use this bill.”