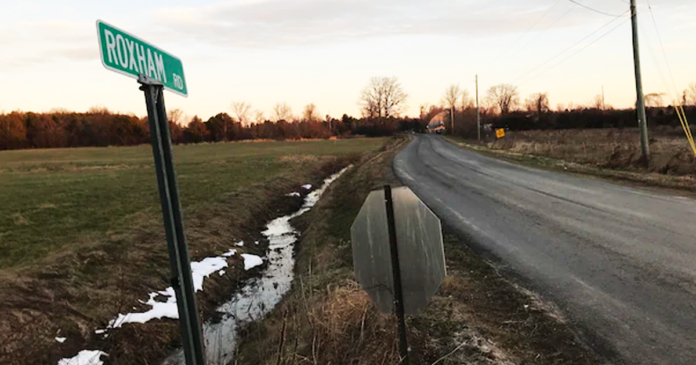 A 44-year-old Montreal man has died attempting to cross the illegal Roxham Road border crossing into the US.

On Friday, the Sûreté du Québec (SQ) announced that the body of Fritznel Richard was discovered by a US border services helicopter on the Canadian side of the border.

“Mr. Fritznel would have tried, according to the investigation, to join a member of his family living in the United States and would have died during this unfortunate attempt,” said an SQ press release.

“A coroner’s inquest should be carried out in order to find the specific cause or causes as well as the circumstances of the death.”

At the moment, Richard’s body showed no signs of foul play. Hypothermia as a result of exposure is the most likely cause of death.

Police had been searching for Richard since Dec. 27 when relatives reported his disappearance. By Dec. 29, authorities ended the search believing that he had entered the US.

This is not the first incident where people have died in a desperate attempt to leave Canada by jumping the border illegally.

Last year, a family of four from Dubai died while attempting to trek into the US from Emerson, Manitoba on foot.

Jagdishkumar and Vaishaliben Patel as well as 11-year-old Vihangi and 3-year-old Dharmik are believed to have died from exposure. Police are investigating the incident in relation to a human smuggling network.

As exclusively reported by True North in August, one Buffalo immigration lawyer has seen an uptick in asylum applications filed by Canadians hoping to flee the country due to the government’s pandemic policies at the time.

The vast majority of illegal crossings along the border are from the US into Canada. Due to Roxham Road, Quebec has warned that its social service system, including homeless shelters, are being overburdened by the new arrivals of migrants.

“It is not that we don’t want to welcome these people, because shelters are there to welcome people in need, but the problem is that the network is already overwhelmed,” said the executive director of a homeless youth shelter in Montreal, France Labelle.

2,400 permanent residents applied to join CAF in November – but it will take years to process applications