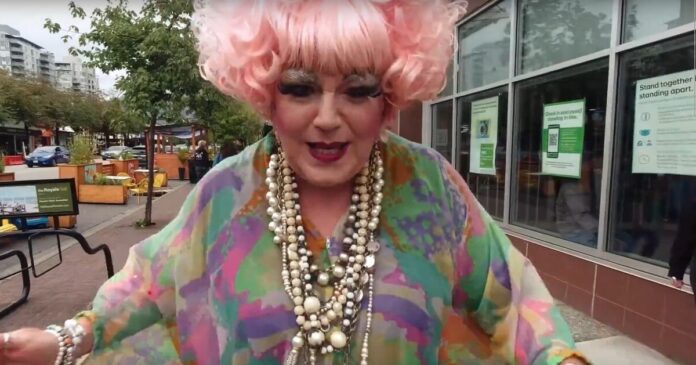 Coquitlam Public Library regularly hosts storytimes for children but on January 14, 2023 it will be holding an “all ages” drag queen event where kids will be able to make their own drag queen dolls.

BC NDP Minister of Post Secondary Education was present to support the event alongside LGBT activists.

“Join us for a very special family story time with the unstoppable Conni Smudge! A North Shore icon, Mz. Smudge will lead us in stories, songs, and crafts. You will get the opportunity to make your own drag queen doll!” the library event page advertises.

“For families with children of all ages. No registration, just drop-in.”

Both the Library and RCMP expect protesters at the event. The library held a similar event last year which faced small but uneventful counter-demonstrations.

In a statement by the library, officials said that the event hopes to “model inclusiveness” for the LGBT community and interested members of the public.

“The goal of a Drag Story Time, as held in many libraries across Canada, is to model inclusiveness, kindness and acceptance, as well as to promote a love of reading. It is a voluntary event for people who may identify as LGBTQ2IA+, people in same-sex caregiver(s) families, their allies, and interested members of the public,” wrote Coquitlam Public Library.

According to advocate and opponent of child gender transitioning, Chris Elston, events such as these serve as an “initiation ritual” into the idea that gender has nothing to do with biological sex. Elston is more popularly known as “Billboard Chris” for traveling around Canada warning about the dangers of gender ideology.

“Drag queen story hour is an initiation ritual into queer theory for small children. It sets in motion this idea that we can be whatever sex we choose, and normalizes the hyper-sexualization of women,” Elston told True North.

“Why do these men want to read stories to children? It’s not done for the kids. It’s to gain acceptance for their cultish belief system.”

Opponents of drag queen story time for children have argued that the events are inappropriate and an attempt to indoctrinate kids into the precepts of gender ideology.

“Sexualizing children is not what we’re about. We’re about creating an all-inclusive space where everyone can be themselves,” Conni told CityNews yesterday.

“Some people have never experienced what we actually do. They’re making judgments without having any information.”

Activists with the left-wing group Cyclists over Convoys have indicated that they will be there to counter demonstrators opposed to the event.
In November, a drag queen story hour in Vancouver featuring performer “Satanix” for 3-10 year olds also saw dueling protests.