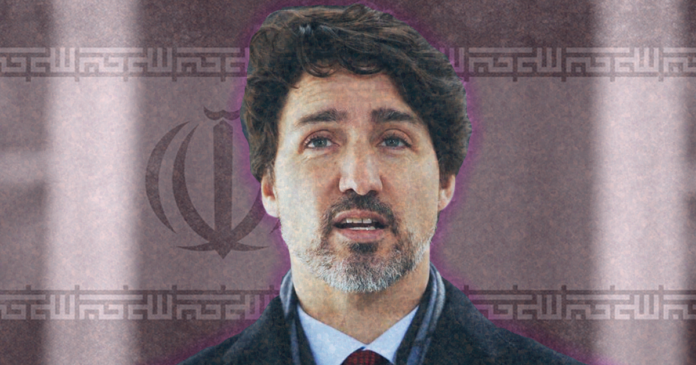 The head of a Canadian group advocating for the rights of Iranians facing repression at home says that the European Union’s latest vote to call on member states to list the Islamic Revolutionary Guard Corps as a terrorist entity could tilt the table for Prime Minister Justin Trudeau to do the same.

According to Council of Iranian-Canadians President Avideh Motmâenfar, Trudeau has been shifting his stance on the Iranian regime as it increases its crackdown on dissidents but his rhetoric isn’t enough.

“I refuse to attribute the failure of the Federal Government to list the IRGC as a terrorist entity to a lack of proper knowledge about the terrorist nature of that organization. Indeed, since the commencement of the ongoing uprisings in Iran, we have seen time and time again Trudeau uttering pretty accurate descriptions of the Islamic Republic and, particularly, the IRGC,” said Motmâenfar.

“Even, to save face, the government has announced some new, however insignificant, sanctions against a number of the IRGC commanders, such as travel bans under the Immigration Act. But why is it that Trudeau has resisted for so long and continues to resist listing the IRGC as a terrorist entity?”

Yesterday a vast majority of the European Parliament voted to call on the EU and its member states to blacklist the IRGC. The vote comes after protests by Iranian diaspora rocked several European cities.

According to Conservative MP Garnett Genuis, the Liberal government isn’t living up to its commitments when it comes to condemning Iran. In 2018, Trudeau along with other Liberal MPs voted on a motion by Genuis to list the IRGC under the Anti-Terrorism Act.

“Sadly, this turned out to be another instance of Liberals trying to look like they care without actually taking concrete action. The Canadian government has, however, provided no clear indication of why they don’t want to list the IRGC. If Liberals continue to break their word on this, then they should at least explain why,” Genius told True North.

Motmâenfar says the reluctance can be explained by Iranian regime apologists within the Trudeau government.

“What has changed is that the repressiveness of the murderous rulers of Iran, including the IRGC, has made it too costly even for their hardcore apologists on the international stage to not condemn them and acknowledge their true nature,” said Motmâenfar.

“The impact of the interference of the IRGC agents in the Canadian decision-making bodies seems to have created a situation where the interests of some highly influential Canadian politicians will be endangered once the IRGC is listed as a terrorist entity.”