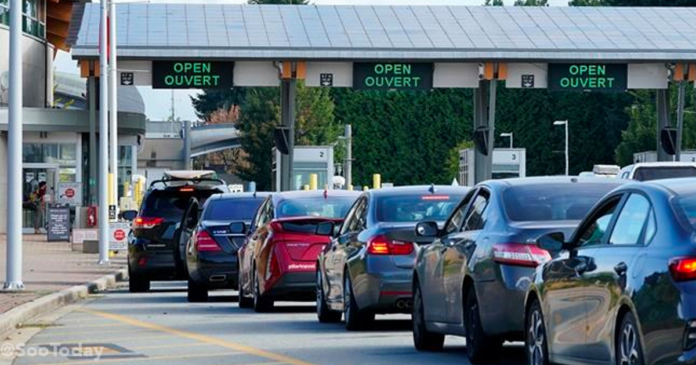 Pilot and unvaccinated travel advocate Greg Hill blasted the US government’s continued vaccine border mandate as nonsensical and akin to restrictions in countries that have troubling human rights records.

In an interview with True North, Hill, who founded Free to Fly Canada explained how millions of unvaccinated Canadians continue to be prohibited from entering the US on spurious grounds both at the land border and by air.

“They’re not in good company… Angola, Pakistan, there’s other West African countries so these are their compatriots as far as edicts keeping the unvaccinated out,” said Hill.

Hill stressed that most people are unaware of the continued mandates and their indefinite nature.

“It’s about raising awareness because even the American politicians don’t know that Canadians can’t cross the border. It’s really not of great interest unless you’re a border mayor,” explained Hill.

At the root of border mandates are an Oct. 2021 presidential proclamation which details the extent and nature of the vaccine requirement. That order was updated on the advice of the Centre for Disease Control (CDC) in April of last year and has no expiry date.

“These restrictions will become effective at 12:00 a.m. Eastern Daylight Time (EDT) on April 22, 2022, and may be amended or rescinded at any time, including to conform these restrictions to any intervening changes,” the US Federal Register states.

A recent Emergency Amendment by the Transportation Security Administration extended a vaccination requirement for air travelers until April 10, 2023, on top of the aforementioned proclamations.

Several prominent US politicians have called for a lifting of the border mandate with Canada, including Congressman Brian Higgins and Senator Chuck Schumer.

Last week, Republican Representative Thomas Massie also introduced a bill to end the Covid-19 vaccine mandate for international air travelers. According to Hill, if passed HR185 would also strike down the proclamation effectively robbing its ability to be enforced.

“There’s complicated American politics and constitutional law… If it succeeds it strikes down the CDC order and because of the way these agencies are funded, regardless of Biden’s proclamation it really doesn’t hold any weight anymore so there’s a bit of a nuance.”