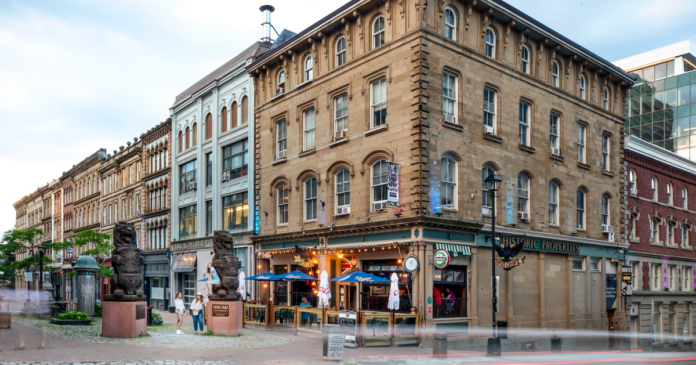 Halifax’s NSCAD University is looking to hire six new faculty members who, the school specifies, must be non-white as part of its “​​ongoing development of anti-racist practices.”

The public university, also known as the Nova Scotia College of Art and Design, is looking for faculty to teach art history theory and philosophy, fashion, drawing, expanded media, Indigenous material and visual culture, and design.

Those seeking to be employed for these positions cannot be white, with the university stating that “as part of NSCAD’s ongoing development of anti-racist practices and the dismantling of oppressive institutional structures, these opportunities are restricted to applicants who identify as Black, Indigenous, or as a person of color.”

NSCAD adds that it is looking for applicants “whose practice, research-creation and teaching will support programmatic missions of equity, inclusion, social justice, decolonization, anti-racism, human development, belonging and well-being.”

Most of the positions offered by NSCAD’s “cohort hire” are tenured or tenure track. Those eligible have until Feb. 17 to apply.

This is not the first time that NSCAD has done a race-based “cohort hire.” The Nova Scotia university also opened up six faculty positions to non-white applicants last year.

“That NSCAD would restrict academic or artistic positions on the basis of race, ethnicity or other academically irrelevant categories tells us that NSCAD doesn’t care much about its academic and artistic missions,” said Mercer.

“The best way to bring about a non-racist society is to treat people as individuals, not as representatives of groups, and to treat everyone fairly according to high standards of merit,” the scholar added. “NSCAD’s cohort hiring degrades both art and academics in order to serve an ugly vision of social justice.”

Mercer also takes issue with NSCAD stating that its seeking applicants who support “programmatic missions of equity, inclusion, social justice, decolonization, anti-racism, human development, belonging and well-being,” saying the school is looking for propagandists rather than scholars, artists or teachers.

Meanwhile, Quebec City’s Laval University excluding able-bodied white men from Canada Research Chair positions has led to the filing of a human rights complaint by college professor Frederic Bastien – who was unable to apply for the job due to his race and gender.

True North reached out to NSCAD University for comment but they did not respond in time for publication.