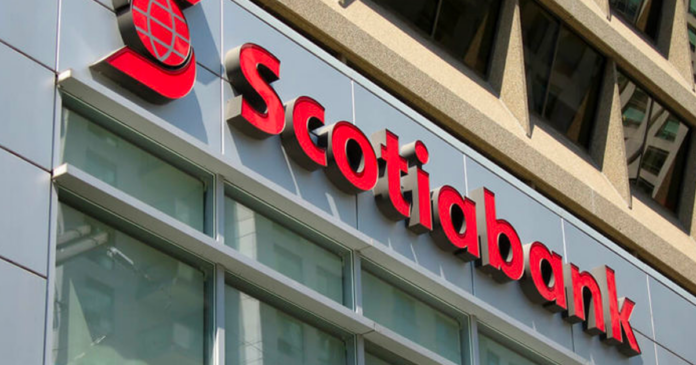 Scotiabank has informed “Raging Dissident” podcast host and Diagolon founder Jeremy MacKenzie that it will no longer provide him with services.

The Canadian Armed Forces veteran and father of three has indicated online that he will seek legal options to reverse the decision calling it “discriminatory.”

“I might need to sue them because I feel like this is predatory. This is discriminatory because of my legal situation,” said MacKenzie in a recorded phone call with a Scotiabank representative.

“The bank determined that this relationship is outside of its risk appetite,” the bank representative told MacKenzie.. “(We are) calling to give you the courtesy of a heads-up (because) you’ve been a longtime client of the bank.”

The controversial podcaster is facing a slew of charges related to a Nov. 2021 incident including “assault, pointing a firearm, using a restricted weapon in a careless manner, and mischief.”

When questioned about his group’s activities, MacKenzie denied claims by the federal government that they were a militia intent on committing violence, instead claiming Diagolon was a running gaffe.

MacKenzie was also banned from visiting “any of the Scotiabank branches or bank premises in person without first getting written consent in advance from the bank, from management.”

MacKenzie has 30 days to get his affairs in order before his financial services will be severed. True North reached out to Scotiabank for comment but did not receive a response in time of publication.

“I understand the frustration, that’s for sure,” said the Scotiabank representative.

“It’s not frustration. This is catastrophically ruinous to most people… Have you ever been de-banked before, and had your mortgage cut? I mean, my children live there.”

MacKenzie’s mortgage will continue with Scotiabank until 2024 but at that point it will not be renewed, the representative informed him.

“There is certainly not anything resembling a militia or anything to this extent,” claimed MacKenzie.

In Sept. 2022, Conservative leader Pierre Poilievre called on the RCMP to investigate MacKenzie for threatening to sexually assault his wife during a podcast episode.