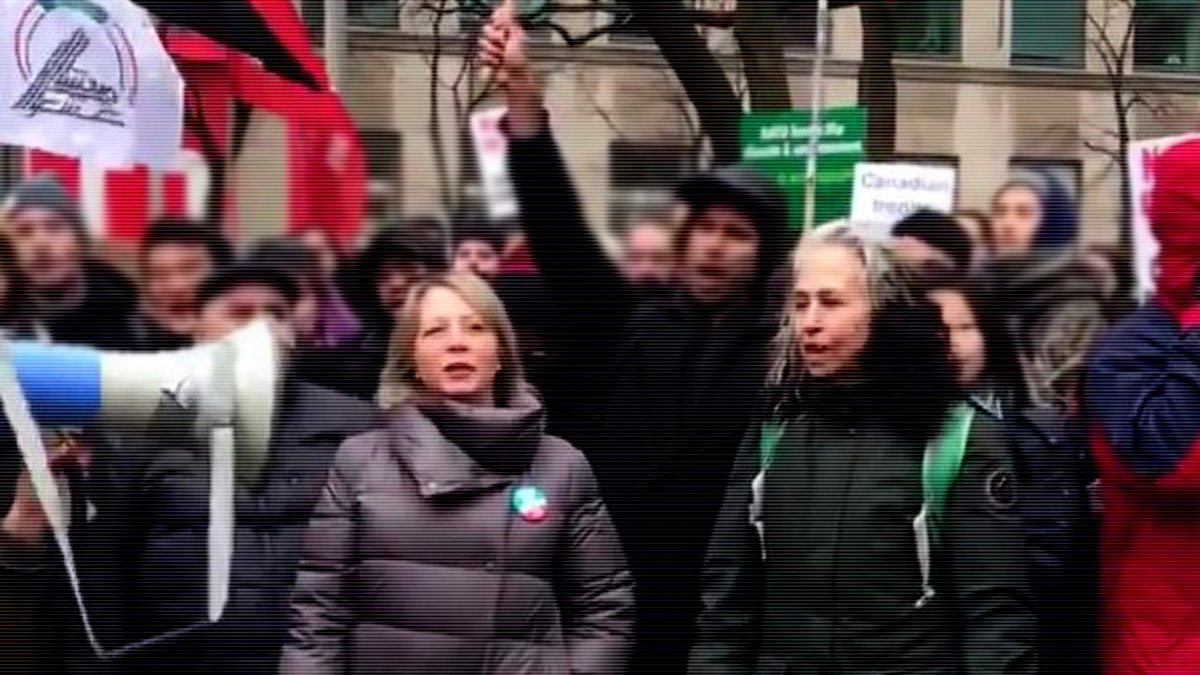 Two Ontario NDP MPPs were spotted at a Toronto rally where the deceased Iranian terrorist Qasem Soleimani was mourned and terror groups were being openly supported.

MPPs Marit Stiles and Rima Berns-McGown were seen among members of the crowd outside of the U.S. Consulate on Saturday, according to Brian Lilley from the Toronto Sun. Stiles is currently the NDP education critic, while Berns-McGown holds the critic role for poverty and homelessness.

The rally comes at a time of an escalating U.S.-Iran conflict, which saw the death of Soleimani in a targeted airstrike ordered by U.S. President Donald Trump.

Members of the crowd flew Hezbollah and Popular Mobilization Force flags. Hezbollah, which receives support from the Iranian regime, is listed as a known terrorist entity by Public Safety Canada and has been responsible for several terrorist attacks throughout the Middle East.

“One of the most technically capable terrorist groups in the world, Hezballah is a radical Shia group ideologically inspired by the Iranian revolution. Its goals are the liberation of Jerusalem, the destruction of Israel, and, ultimately, the establishment of a revolutionary Shia Islamic state in Lebanon, modelled after Iran,” writes Public Safety Canada.

Both Berns-McGown and Stiles tweeted about their presence at the rally, and Stiles called on people to “stand together against US aggression.”

“About to speak at the Toronto anti-war rally. Come on out if you’re able,” tweeted Berns McGown.

The Ontario NDP released an official statement about the incident claiming that the rally was “in support of peace.”

“Like many people throughout the world, Ontario’s NDP MPPs hope for a stable, lasting peace in Iraq and throughout the region. Flags or banners carried by others at the pro-peace rally are not endorsed by any NDP MPPs in attendance,” wrote the statement sent to the Toronto Sun.

Later that evening the Mahdi Youth Society staged a vigil for Soleimani who was referred to as a “hero of Islam.” The rally was met by counter-protesters and saw at least one physical confrontation take place between the two groups.