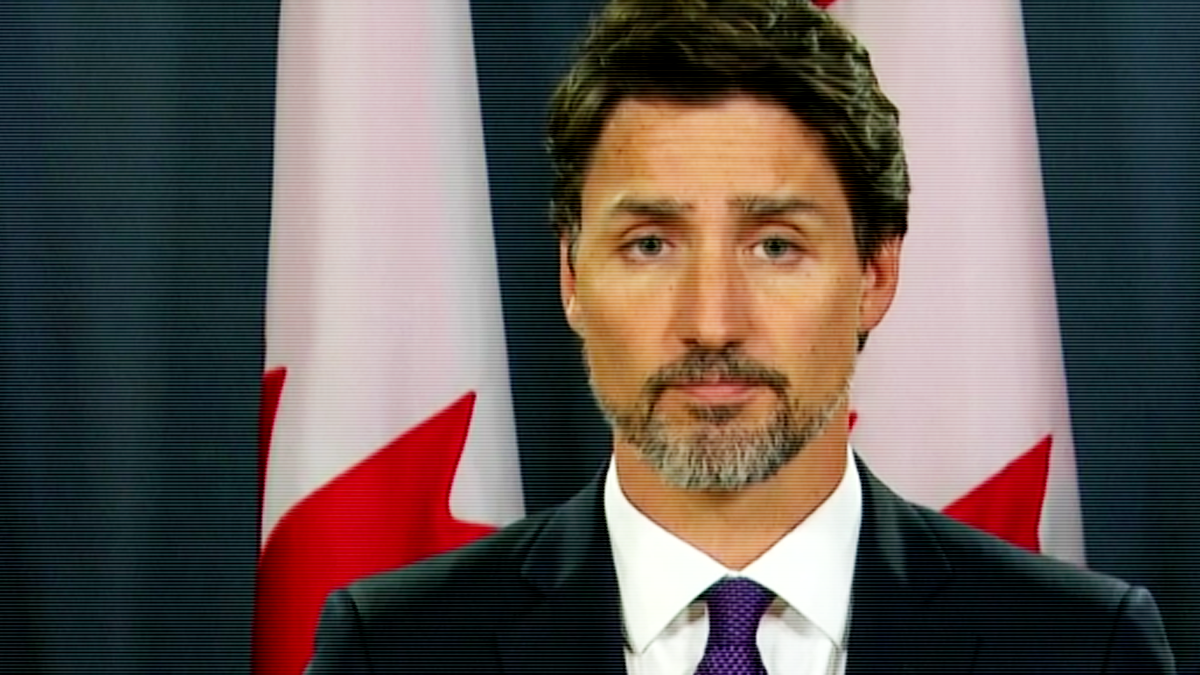 Prime Minister Justin Trudeau addressed the public on Thursday afternoon after reports emerged that Iranian missiles shot down the Boeing 737 which killed 176 people, including 63 Canadians.

“The evidence indicates that the plane was shot down by an Iranian surface to air missile. This might well have been unintentional,” said Trudeau.

“Canada is working with its allies to ensure that a thorough and credible investigation is conducted to determine the causes of this crash.”

When asked by journalist David Cochrane how Canada would respond to the missile strike, Trudeau didn’t rule out the possibility of taking measures to pressure Iran.

“If Iran does not cooperate and there are some reports of at least minimal cooperation or questionable cooperation. What pressure can you bring to bear, would you argue for sanctions, economic repercussions, what can Canada do to pressure Iran to give you the investigation you want?” asked Cochrane.

“I think those are conversations and steps we will contemplate as we move forward if it doesn’t appear there will be a credible and complete investigation.”

According to a Newsweek report, American and Iraqi intelligence officials are alleging that the Boeing 737 passenger flight was accidentally struck down by an Iranian anti-aircraft missile.

Trudeau addressed the plane crash on Wednesday and stated that 138 of the 176 people on board were headed for Canada.

Earlier today, the Minister of Foreign Affairs François-Philippe Champagne stated that he had spoken with Iran’s foreign minister and requested access for Canadian investigators to search the crash site.

“Minister Champagne stressed the need for Canadian officials to be quickly granted access to Iran to provide consular services, help with identification of the deceased and take part in the investigation of the crash,” said a statement by Global Affairs Canada.

Iranian authorities recently announced it would allow Canadian specialists to go and investigate the crash site.