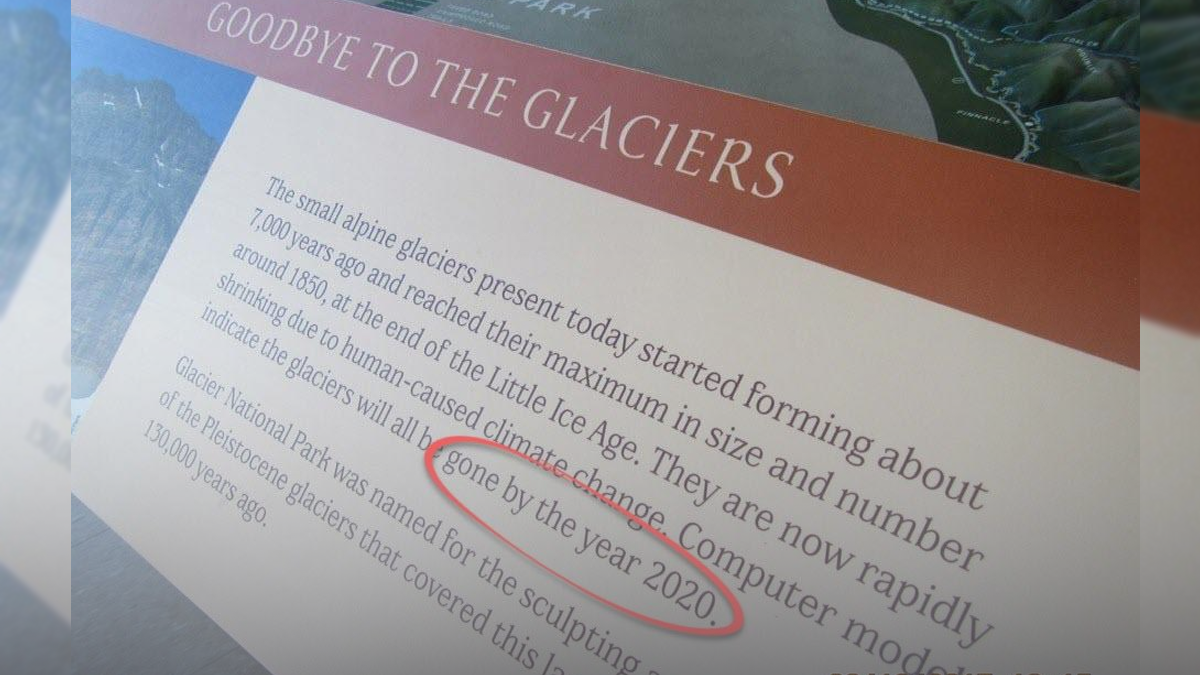 A national park in the United States has been forced to remove signs saying the park’s glaciers will be “gone by 2020” due to global warming, as the park still boasts 26 glaciers.

Glacier National Park in Montana said that the most visible warning of the glacier’s imminent demise had been removed by late 2019, with the remainder to be taken down shortly.

National Park spokeswoman Gina Kurzman said the signs were put up over a decade ago, reflecting forecasts from the U.S. Geological Survey at the time.

The iconic glaciers of Glacier National Park have been shrinking since geological surveys began in the area. Around 73% of the glaciers had melted between 1850 and 1979. Glacial melting has continued in recent decades at a similar pace.

Kurzman added that the park is still waiting for approval before they can replace the incorrect signs.

The incorrect signs will be replaced with signs saying “When they will completely disappear depends on how and when we act. One thing is consistent: the glaciers in the park are shrinking.”