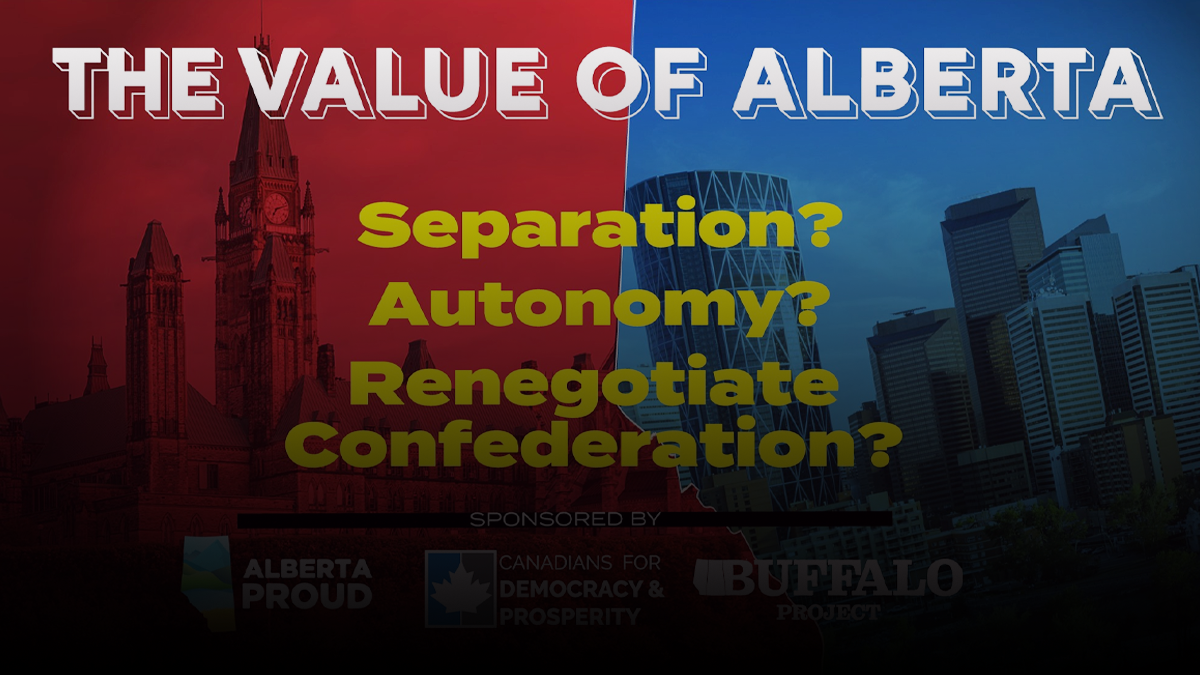 What is Alberta’s place in Canadian confederation? Amid rising western alienation, that’s the question at hand at a Calgary Conference.

Alberta Proud is hosting a Value of Alberta conference Jan. 18 to discuss Alberta’s place in Canada and the province’s future.

Former finance minister Joe Oliver, author and British peer Conrad Black, and Ted Morton are among the speakers at the event, which is sponsored by Canadians for Democracy & Prosperity and the Buffalo Project.

The one-day conference at Calgary’s Telus Convention Centre comes at a time when national attention has increasingly shifted towards western alienation and the relationship between Alberta and the federal government.

Conference spokesperson Becca Polak said the event is a response to feedback from the province’s grassroots.

“It all started with what our community on Facebook is saying in our comments,” said Polak.

“There’s a lot of different opinions and we’re not out there to just put views out but actually respond to what people are asking. There’s a lot of frustration, curiosity, there’s a lot of fear so we decided to gather who we think are experts to talk about that.”

Polak said she’s expecting anywhere between 300 and 500 people to attend, though added it’s more about the quality of discourse.

“I think our first goal is that we just hope we can contribute to the discussion,” she said.

“We’re trying to see if we can get a fair deal for Alberta, by our discussions by our experts and just really answering some of the questions that Albertans have.”

Alberta Premier Jason Kenney, along with several provincial ministers, recently travelled to Ottawa to lobby the federal government for several changes, among them completion of the Trans Mountain pipeline and the repeal of bills C-69 and C-48.

Kenney has also advocated for a new equalization formula for federal transfer payments.

Alberta Proud, which has no affiliation with Ontario Proud and Canada Proud, is a citizen advocacy group with over 182,000 followers on Facebook.