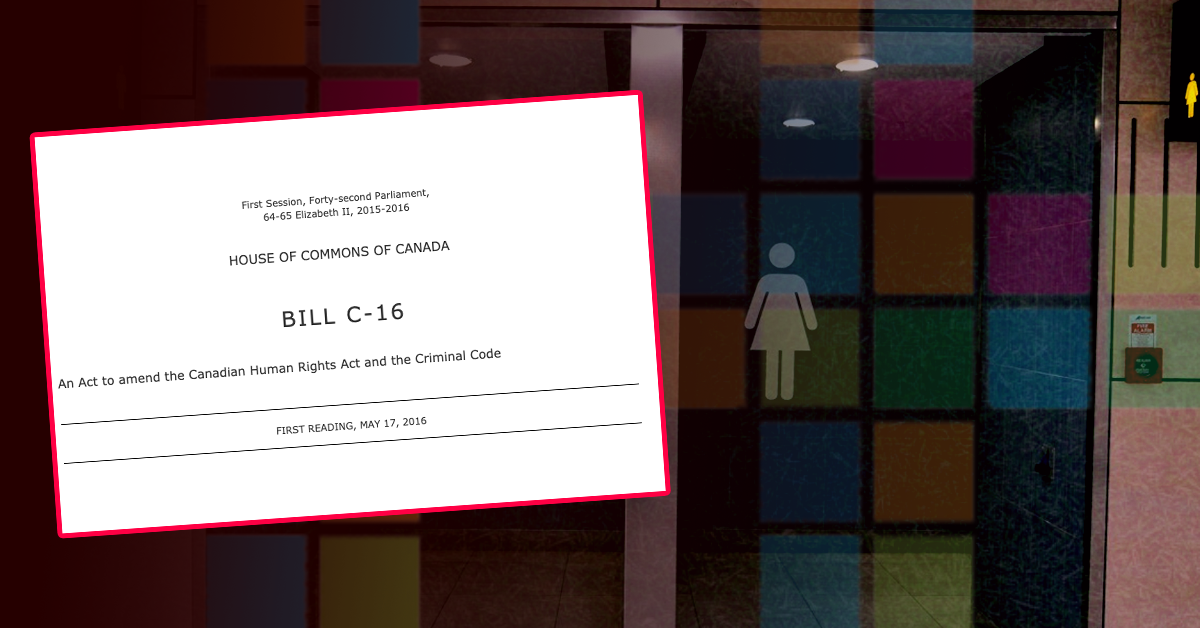 Tracy, a 46-year old medical esthetician from Ontario, didn’t have a history of women’s rights activism. But when the Jessica Yaniv genital waxing human rights tribunal cases gained mainstream media attention in the spring of 2019, Tracy claims her women’s laser hair removal salon received a surge of inquiries from trans women (who are biologically male) requesting intimate hair removal services. After Yaniv lost the human rights tribunal cases in October 2019 and was found to be weaponizing the tribunal to punish and extort South Asian immigrant women, Tracy alleges the requests disappeared.

In an exclusive interview with True North, Tracy describes taking a deeper dive into issues where trans rights and women’s rights collide – she was particularly concerned that because of Bill C-16, biological males who self-identify as women become entitled to enter female-designated spaces, such as changing rooms, washrooms, prisons, and shelters.

Bill C-16 received Royal Assent in the spring of 2017, adding the terms “gender identity” and “gender expression” to the Canadian Human Rights Act and to our Criminal Code.

Tracy started firing off emails to Members of Parliament and Senators across the country, advocating for the modification or repeal of Bill C-16.

Tracy met with her local Liberal MP (we will not name the MP in order to protect Tracy’s exact location) and brought him up to speed on issues like that of Madilyn (Matthew) Harks, a serial sexual offender who began identifying as a female in 2014. According to a 2006 psychiatric assessment, Harks has an “all-encompassing preoccupation in sexually abusing young girls.” Harks was moved to a women’s prison after claiming to be trans. While he was locked up in women’s prison, Harks was convicted of sexually assaulting at least two women.

Tracy also noted that gyms such as GoodLife Fitness allow members to use the changing room of the gender they identify with. If a woman were to approach management to complain about a male-bodied person being in the women’s changing room, she would be violating the “no judgement philosophy” and could have her gym membership revoked.

Aside from her own MP, who has a duty to answer her as a constituent, only one other MP has replied to Tracy about Bill C-16, and True North reviewed the email exchange. Conservative MP Ted Falk wrote to her,

“…the Standing Committee on Justice and Human Rights was tasked with studying this bill to consider ways to improve it. Instead, the Committee decided not to study the legislation at all after hearing only from the Minister of Justice and her staff. While the normal procedure would be to hear from a variety of witnesses so parliamentarians can consider if a bill should be improved upon, no such interaction was allowed.”

Indeed, records show that the Standing Committee on Justice and Human Rights only hosted five witnesses during their study of Bill C-16. One witness was then-Justice Minister Jody Wilson-Raybould, and the four others were Department of Justice Staff. No outside organizations or experts came to testify on the impacts and consequences of Bill C-16.

Working parallel to Tracy is a community activist who goes by Jennifer Anne, a former social services worker.

Jennifer, 39, became a vocal feminist in her early 30s, but mostly focused on female genital mutilation (FGM) awareness. But in October 2019, she came across an article in Quillette titled “Male-Bodied Rapists Are Being Imprisoned With Women. Why Do So Few People Care?” The article, written by April Halley, argues that  “Bill C-16 opened the door wide open to any male offender with an inclination towards preferring female company to male.”

As she was doing her research, Jennifer noticed a gender-based analysis (GBA, now known as GBA+) had not been performed on Bill C-16. Back in 1995, the Government of Canada had committed to performing a GBA on all future legislation and policies, in order to eliminate gender inequality. However, a GBA on Bill C-16 was nowhere to be found.

Pour les Droits des Femmes, a Quebec-based women’s rights group, asked the government back in November 2016 to release the GBA, but the entire report was deemed “cabinet confidence material,” and no pages were releasable.

Shortly after the October 2019 election, Jennifer launched a House of Commons e-petition, and obtained the necessary 500 signatures. However, for an e-petition to receive parliamentary response, the petitioner must find an MP to take it on and present it. But the petitioner is limited to contacting a maximum of five MPs, and each MP is given 30 days to accept or decline the petition before their opportunity to sponsor the petition expires.

Jennifer started contacting Conservative MPs who had voted “no” to Bill C-16, and says she thought finding an MP to work with “would be a walk in the park.”

However, her first choice of MP, Candice Bergen, did not respond in 30 days, so the opportunity expired. The next MP, Diane Finley, declined the petition. Her third choice, Alain Rayes, sent her an email saying he would not take it on.

“This is a hot potato,” says Jennifer. “No one wants this.”

Esmerelda*, 55, is the creative communications director with Canadian Womens’ Sex-Based Rights (stylized as: caWsbar), an organization formed in December 2019 with a mission to get Bill C-16 repealed or “seriously examined.”

When Bill C-16 was being passed, “the whole nation was asleep,” says Esmerelda. Although high-profile speakers such as Jordan Peterson, Gad Saad, and Meghan Murphy testified against the bill in the Senate, Esmerelda contends that “the average Canadian has no interest in Senate hearings,” and that the initial discourse around Bill C-16 was mostly centered around pronouns and compelled speech, not the tensions and potential conflicts between the rights of trans people and the rights of women and children.

Just as Tracy had been mobilized by the Jessica Yaniv case, Esmerelda found that the Yaniv case was a “trigger” for the average Canadian. After the Yaniv story gained traction, “Canadians understood there are real-life ramifications to Bill C-16, they said: ‘wait a second.’”

There haven’t been many hopeful signs thus far that any Member of Parliament is willing to join the grassroots fight to tackle Bill C-16, but Tracy, Jennifer, and Esmerelda have just gotten started.

*name has been changed