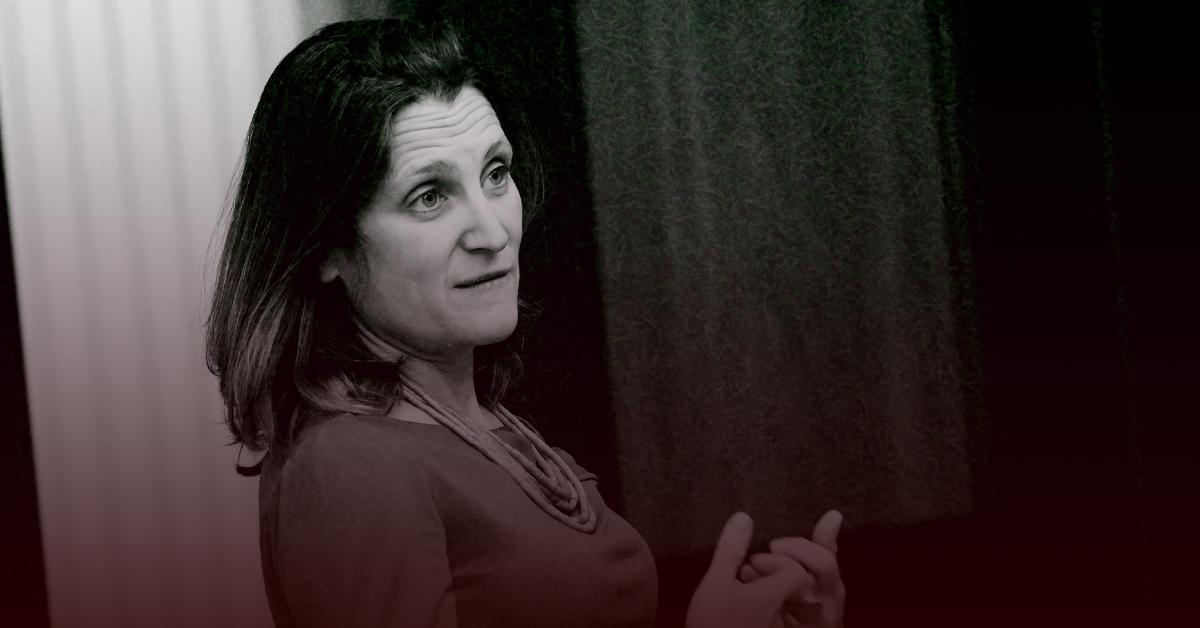 While the Liberals hype their environmental clout, Deputy Prime Minister Chrystia Freeland had her limo drive hundreds of kilometres to meet her at airports while she flew across Canada.

One entry shows that on June 12, 2017, Freeland’s limo drove 495 km while she flew from Ottawa to Montreal, which is roughly the distance of a round trip between the two cities.

There are several other cases where Freeland’s limousine drove several hundred kilometres while Freeland was flying between Montreal and the nation’s capital.

During the NAFTA negotiations, Freeland flew to Montreal for meetings while her limo drove 375 kilometres Jan. 29, 2018.

On  Aug. 28, 2017, the car drove 575 km in one day while Freeland attended government meetings in Montreal.

True North reached out to the deputy prime minister’s office but had not heard back by the time of this article’s publication.

While Freeland’s limousine travelled back and forth between provinces, the Liberals were mulling over a carbon tax hike.

According to a recent report, the Liberals were considering a carbon tax increase as far back as February 2017 despite assurances by former environment minister that there would be no such hike.

McKenna’s replacement, Environment Minister Jonathan Wilkinson revealed that the Liberals will review the $50 cap in 2022 after reports indicated that the carbon tax would have to be raised to $210 a tonne to reach Canada’s emission targets.