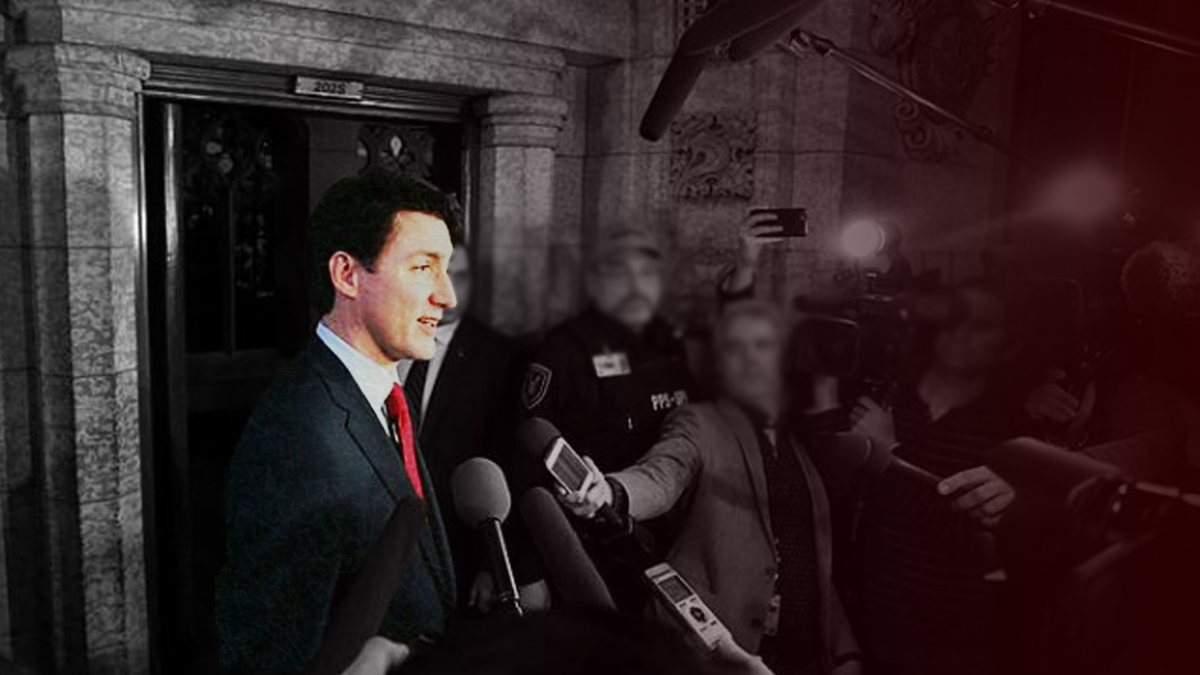 Canadians came out in full force after a Trudeau’s heritage minister suggested that the government should licence media outlets.

Heritage Minister Steven Guilbeault told CTV News on Sunday that the Liberal government would require media outlets to have government licences in order to operate in Canada. The statement came in response to several suggestions made by a government report on telecom and broadcast reforms.

Guilbeault later backpedalled on the comments, claiming he was misunderstood.

“Let me be clear. Our government has no intention to impose licensing requirements on news organizations nor will we try to regulate news content,” said Guilbeault on Monday during a press conference.

In Canada, press freedom is affirmed by the Charter of Rights and Freedoms. However, there are many other countries that do not have this fundamental freedom.

Licensing, accreditation and government censorship are a few of the many ways authoritarian regimes quash freedom of the press.

Here are some of the worst offenders worldwide where governments limit free and open media.

According to the Committee to Protect Journalists, Eritrea is the “world’s most censored country.”

Enshrined in Eritrea’s law is a requirement for all media operating in the country to promote “national objectives” and hew to the government line when it comes to reporting the news.

“The press is required to work ‘to realize national objectives’ and to ‘develop public control’ and ‘constructive criticism’ by ‘affirmatively contributing to the clarification of ideas helpful to the organs of government in rendering solutions,’” says a UN report on Eritrea.

The law also legally allows the federal government to own media and have a monopoly over all radio and television broadcasting. Newspapers must also acquire permission from the government to print news.

The country’s oppressive regime has imprisoned journalists and expelled international reporters and continues to require foreign correspondents to acquire a permit from the Ministry of Information.

North Korea has one of the most restrictive regimes in the world when it comes to freedom of the press.

Most of the media content in the country is owned by the state news agency the Korean Central News Agency (KCNA). The KCNA is directed by the government’s propaganda arm.

Newspapers are also owned by the government and radios must be inspected and registered with the police.

Internet access, only available to the elite and foreigners living in the country, is largely restricted and censored.

Journalists are regularly arrested and tortured by the regime of Crown Prince Mohammed bin Salman in Saudi Arabia.

A 2011 law requires anyone who publishes news or commentary, including blogs and websites, to register with the Ministry of Culture and Information.

The government also frequently makes use of cyber-surveillance on its citizens and the press.

According to the New York Times, the Saudi regime also employs the use of bots to spread its propaganda online or to suppress unfavourable reporting.

In 2018, the crown prince was believed to have directly ordered the murder of Washington Post journalist Jamal Khashoggi for his critical reporting of the regime. In 2019 the UN called the murder a “premeditated execution” and claimed that the Saudi government was directly responsible.

“The circumstances of Mr. Khashoggi’s death have led to numerous theories and allegations, but none alters the responsibility of the Saudi Arabia State. Saudi state agents, 15 of them, acted under cover of their official status and used state means to execute Mr. Khashoggi,” said the UN report.

Saudi blogger and dissident Raid Badawi has been imprisoned in the country since 2012  for allegedly “insulting Islam” and promoting liberalism. Badawi was sentenced to serve 10 years in prison and receive 1000 lashes.

China employs various methods to control private and public media in what is effectively a surveillance state.

All websites and social media accounts that report on the news must have permission from the Cyberspace Administration of China.

Internet use is heavily controlled and the content censored with foreign news sources and search engines being blocked for ordinary citizens.

The Islamic Republic of Iran regularly jails journalists and those critical of its regime. Authorities have used harsh prison sentences, corporal punishment in the forms of lashings, harassment and surveillance to curb freedom of the press in the country.

Journalists who hope to work in Iran are required to receive accreditation from the government which can be revoked or suspended at any time.

Written in Iran’s constitution are requirements for the press to promote Islamist principles and not be critical of the regime.

All television and radio broadcasting is controlled by the Iranian government and newspapers are tied to political parties or powerful elites.

Cuba has the worst press freedom in all of the Americas as the communist government controls both print and broadcast media within the country.

Media is required by law to promote socialism and communism. Foreign journalists require the permission of the Cuban government to operate within the country and domestic journalists are prohibited from collaborating with media outside of the country.

Cuba also has harsh prison terms for anyone believed to be working with the United States or spreading anti-communist messages.

Independent journalists are often jailed, harassed or tortured for being critical of the Cuban government.

A 2016 law requires that the country’s press follow the party line and promote the official ideology and policies.

Journalists are censored by being issued directives on what they can or cannot report on.

In 2019 new laws came into effect which gave the Vietnamese government power to censor the internet and monitor their citizens’ online behaviour.

As of December 1, 2018, 11 journalists and bloggers were in prison for expressing the wrong views.

A UN committee reported that journalists face harassment, surveillance and intimidation for critically reporting on the government.

Very few citizens have access to the internet and outside sources are banned.

The Belarus government controls most of the media in the country while clamping down on independent outlets.

Media creators are required to register with the government and journalists must be accredited to work in the country.

In 2018, the Belarusian government adopted new “fake news” laws to further restrict the dissemination of information on social media and online.

Foreign reporters are also banned from the country and any foreign media must acquire a permit from the government.

Virtually all of the broadcasting is state-owned in Equatorial Guinea and private outlets are forced to self-censor out of fear of government reprisal.

President Teodoro Obiang Nguema has total personal control of the media and his government often prosecutes those critical of his rule.

Foreign journalists reporting in the country are required to get special accreditation permissions from the country’s Ministry of Information.

Nguema’s government is also known to employ digital surveillance and phone tapping to monitor the behaviour of both domestic and foreign journalists.