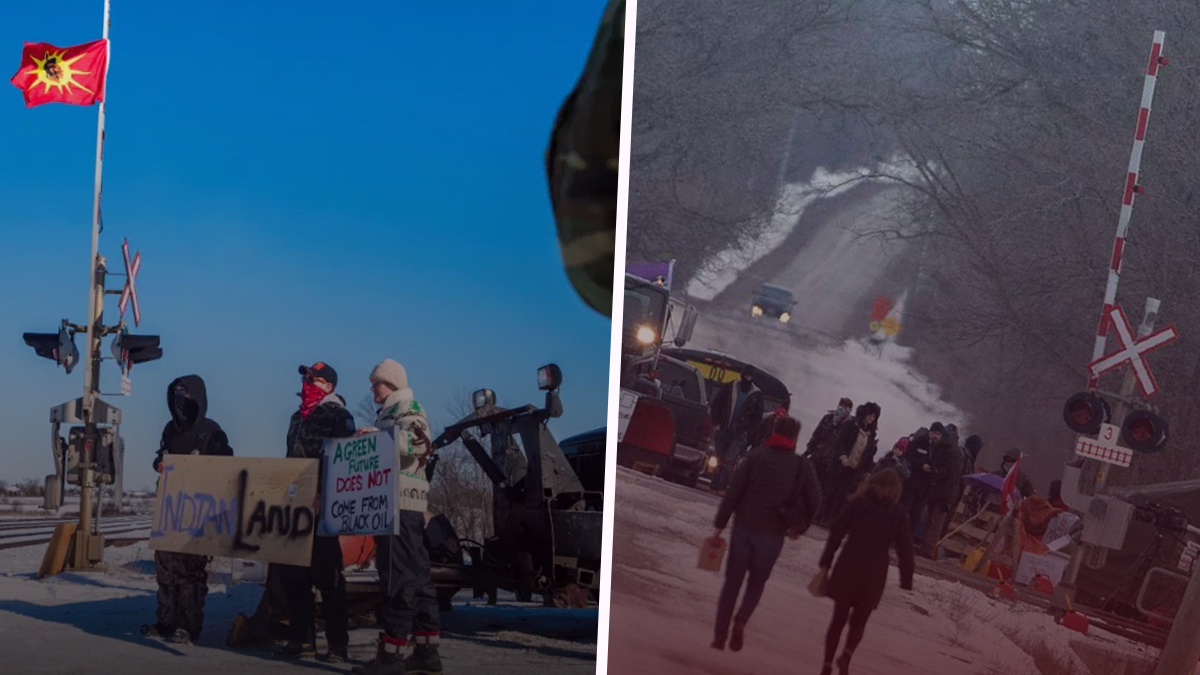 Two far-left extremist websites are offering detailed instructions and maps on how to sabotage rail lines and other critical Canadian infrastructure.

The websites in question, North Shore and Warrior Up, instruct readers to disrupt Canada’s rail, pipeline, road, and communications networks.

In one North Shore blog post, the author calls for people to stand in “solidarity” with Wet’suwet’en protestors by attacking rail routes. North Shore describes itself as a place for far-left extremists from southern Ontario to gather and organize.

“Historically even short disruptions – by actions or rail strikes – have had large economic impacts. After just two days of a recent rail strike the Federal government started drafting emergency legislation out of concern for the economy. In 2012, a 9 day disruption dropped the local GDP by 6.8%.”

The website then gives instructions on how to create thermite, a chemical mixture used to weld metal that reaches high enough temperatures to destroy steel rails.

North Shore’s domain has been registered to an IP address in the Netherlands since 2017.

A search on archive.org shows that the website has been active since 2013 but the earliest recorded content was captured on December 27, 2018. By then, the website was already making posts related to Wet’suwet’en protests.

Posts from that day’s archive detail vandalism at a TransCanada Pipelines office in Bolton, Ont. and protests in Kingston and surrounding areas.

A Feb. 10 post on North Shore details sabotage done to the CN Rail in Hamilton, however no reports of damage were covered in local news.

“Overnight, we burned a small road crossing signal box on the CN line. It’s [sic] default is to activate the road crossings if tripped, so no people were in danger,” reads the article.

The blog site Warrior Up also offers instructions on how to disrupt and destroy infrastructure, touting itself as a resource “for anarchists and other rebels carrying out actions against the economy of death.”

“[W]e call on all warriors and revolutionaries around the world to immediately orient themselves around blockading infrastructure. Collectives must research infrastructure to find the most vulnerable chokepoints and get organized to block them in effective ways,” states Warrior Up in a section titled “Another End of the World is Possible.”

The website also has a section with detailed guides on how to conduct arson attacks on police facilities, rails, and even prisons. Additionally, it provides guides on how to sabotage Canada’s communications infrastructure, electrical grids, and other critical systems and even goes so far as providing maps to help aid those seeking to conduct terror attacks.

Like North Shore, Warrior Up has its domain registered in the Netherlands.

The earliest archive of the website was first recorded on December 8, 2017, though the site was created in 2005.

True North reached out to Public Safety Canada for comment but did not receive a response in time for this article’s publication.