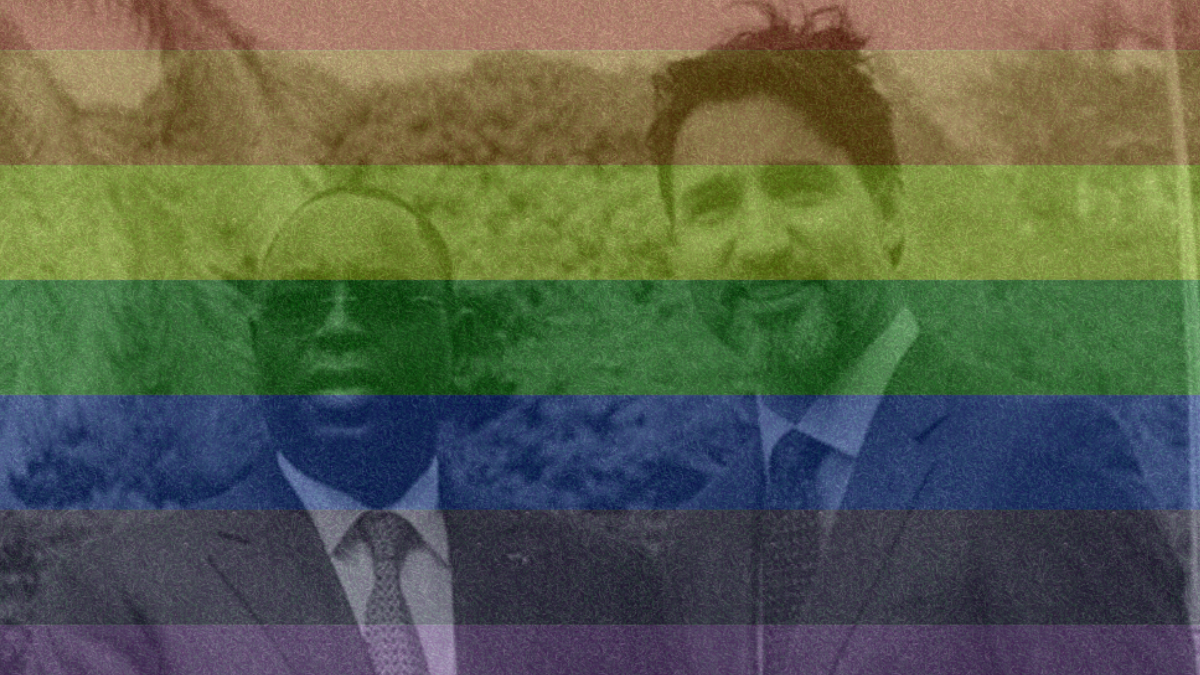 At an appearance with Prime Minister Justin Trudeau, Senegal President Macky Sall defended his country’s prohibition of homosexuality, which sees people imprisoned for up to five years for same-sex acts.

According to Senegalese law, homosexual acts are criminal and “against nature.” Sall said his country’s laws are not rooted in homophobia, however.

“The laws of our country obey rules that are the condensation of our cultural and civilizing values. This has nothing to do with homophobia. Whoever has the sexual orientation of their choice is not the target of exclusion,” he said in French. “Nor can we ask Senegal to say, ‘Tomorrow we legalize homosexuality and tomorrow there is a gay parade, etc.”

Trudeau didn’t condemn Sall’s defense of the policy, but did promise to “talk about it briefly” with Sall.

“I always defend human rights and bring those issues wherever I go. President Macky Sall is very familiar with my views on this, and we will talk about it briefly,” said Trudeau in French.

The prime minister has been touring Africa this past week to secure votes for Canada to have a seat on the UN Security Council. Senegal was the last stop on his campaign.

While there, Sall pledged his full support for Trudeau during the UN election and that he would try and encourage other African countries to do the same.

“Canada has our full support in this election,” said Sall.

According to Human Rights Watch, 39 people in Senegal confirmed to be arrested for their sexual orientation between 2011 to 2016.