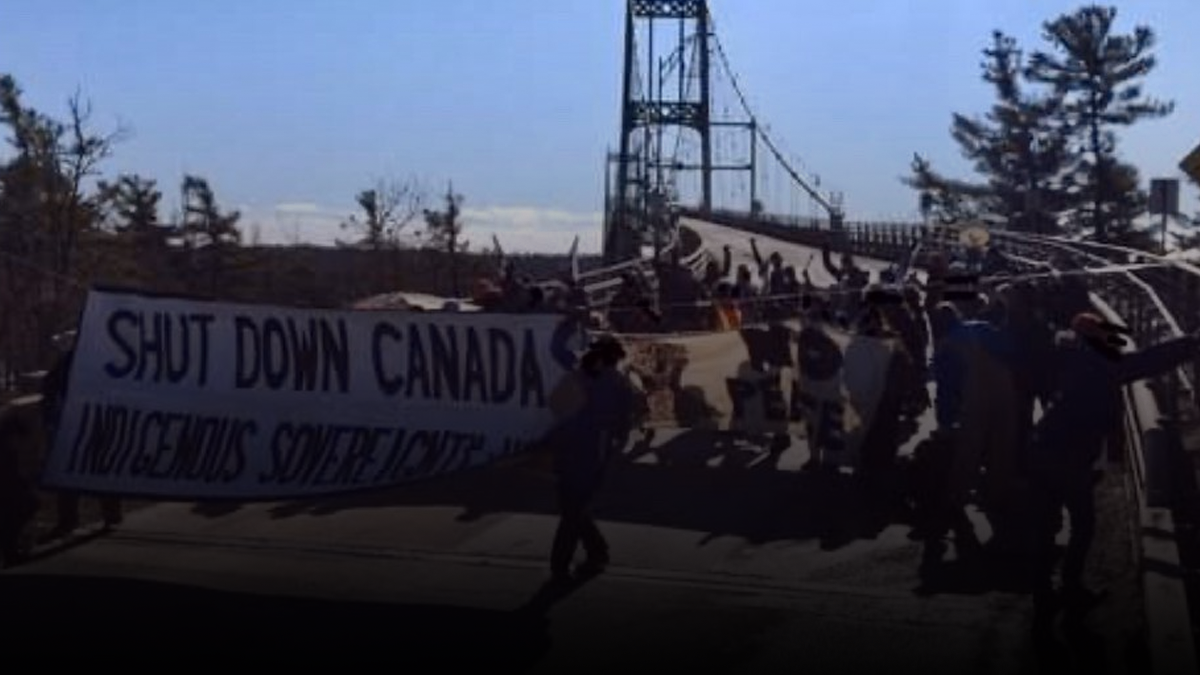 Protesters blocked access to the Thousand Island Bridge border crossing on Monday afternoon preventing people from entering or leaving the US.

According to the Ontario Provincial Police Highway, protesters occupied Highway 137 near Landsdowne. Both eastbound and westbound access from the 401 is also blocked.

The OPP is asking travellers to change their plans or use another crossing, with the Ogdensburg-Prescott International Bridge being an hour away.

Photos from the scene show protesters holding signs in support of the hereditary Wet’suwet’en chiefs who oppose the BC LNG pipeline.

One banner reads “Shut down Canada” among other slogans.

The incident is the latest in an ongoing series of national blockades intended to target Canada’s vital infrastructure.

Last week VIA Rail was forced to cancel all passenger train service across Canada due to the blockades.

CN Rail has also been forced to shut down its network in Eastern Canada, claiming that court orders are not being enforced to end the illegal blockades.

“CN sought and obtained court orders and requested the assistance of enforcement agencies for the illegal blockades in Ontario, Manitoba, and British Columbia. While the illegal blockades have come to an end in Manitoba and may be ending imminently in British Columbia, the orders of the court in Ontario have yet to be enforced and continue to be ignored,” said a statement by the company.

CN Rail has temporarily laid off staff in Moncton and Halifax in response to the blockades.

“Our shutdown is progressive and methodical to ensure that we are well set up for recovery, which will come when the illegal blockades end completely,” said CN Rail spokesperson Alexandre Boulé.