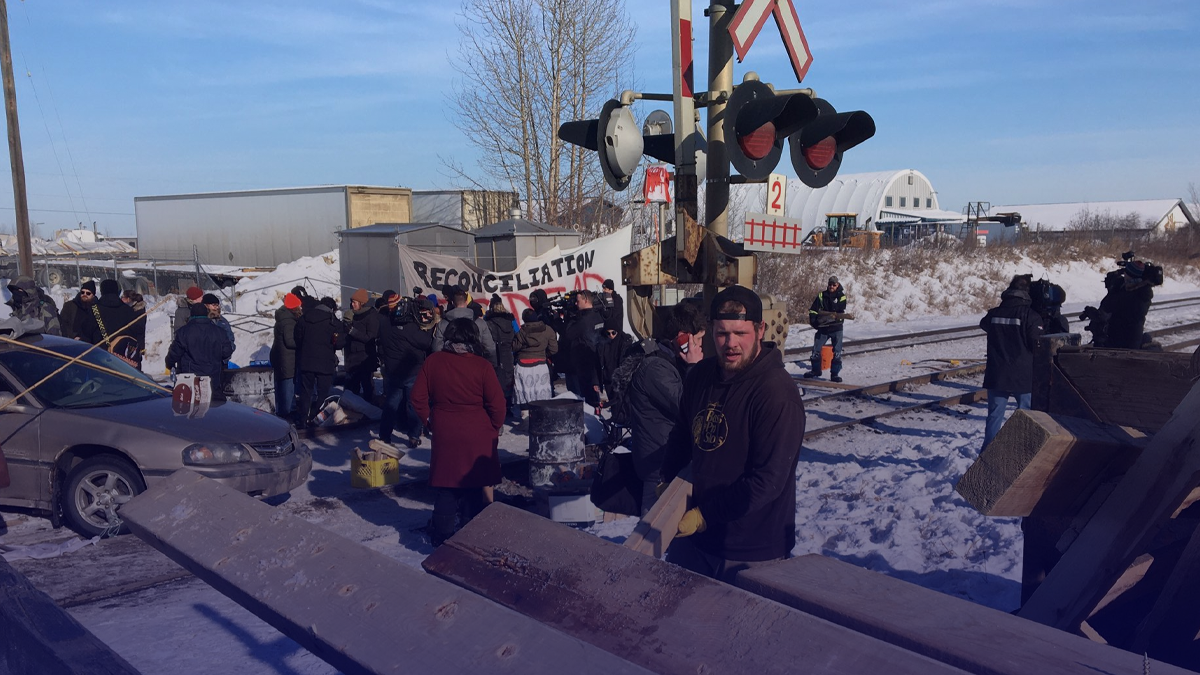 A small group of counter-protesters dismantled a railway blockade in Edmonton a few hours after it was set up.

The blockade began around 4:30 a.m. Wednesday morning by a group protesting the Coastal GasLink pipeline in BC.

Approximately 30 protesters were observed demonstrating on the railways on the west side of Edmonton, using pallets and other debris as part of a makeshift blockade.

Shortly after noon, a judge granted an injunction allowing police to remove the blockade, but police never had the opportunity: at around 2 p.m. several counter-protesters were seen removing items from the blockade and hauling them away in a pickup truck.

In one video, a counter-protester can be heard saying “sorry” as he passes one of the protesters while holding a piece of the blockading material.

Before issuing the injunction, the court heard that one day of rail disruptions would have affected 30 trains and stalled $135 million worth of freight.

It was also noted in court that it could take several days for the police to clear the blockade.

However, counter-protesters and a flatbed truck cleared the blockade in about an hour, without incident.

After the blockade ended, the pro-energy group United We Roll appeared at the site to celebrate what they called a victory for Alberta over anti-pipeline protesters.

Blockades are ongoing in other regions of Canada, despite injunctions being issued, leaving most of the country without reliable rail transportation.