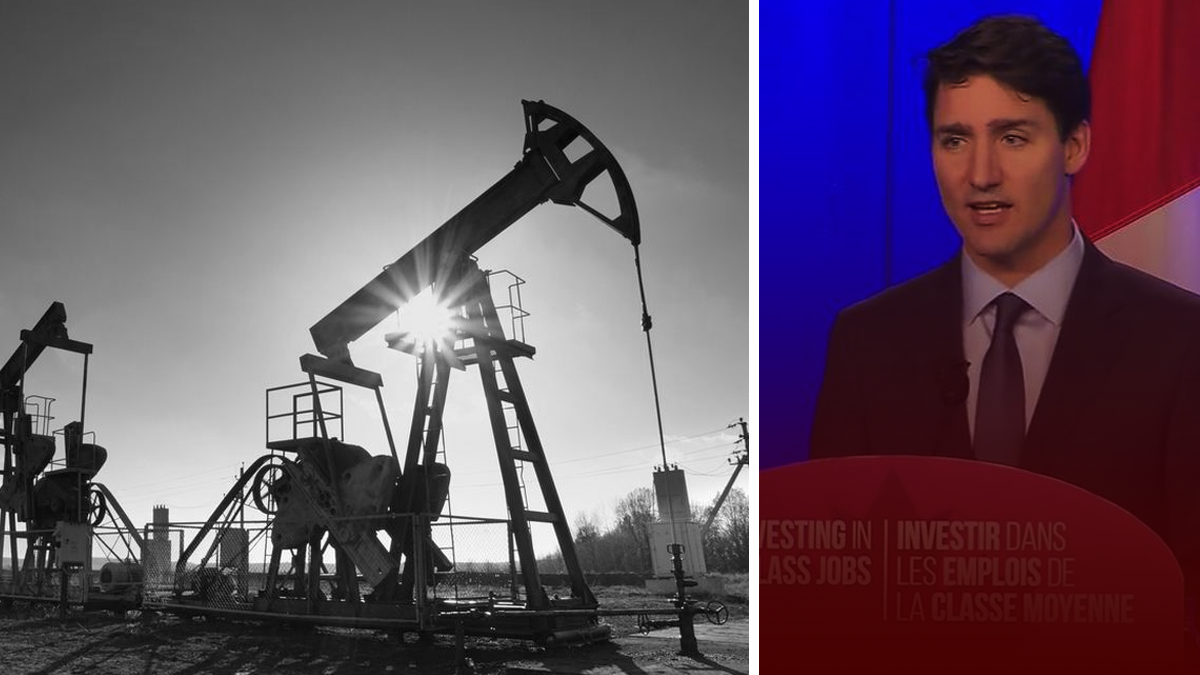 Since his election in 2015, Prime Minister Justin Trudeau has instituted anti-oil and gas policies that have driven energy sector investment out of Canada.

Actions like legislating the anti-pipeline Bill C-69 and the tanker ban have caused a number of large companies to abandon projects in Canada or collapse completely.

The following is a list of several major companies that have given up on Canada because of the Liberal government’s hostility to national resource independence.

The company operated 1,264 wells, 251 pipelines, and 41 processing facilities, mainly out of southeast Alberta. It could cost a total of $80 million to clean up the remaining infrastructure.

Encana moves headquarters to the US

In October 2019, the Canadian oil giant Encana announced that it would be rebranding to Ovintiv Inc. and moving its headquarters to the United States in order to attract more investment.

“A domicile in the United States will expose our company to increasingly larger pools of investment in US index funds and passively managed accounts, as well as better align us with our US peers,” said the company’s CEO Doug Suttles.

The quintessentially Canadian company that had a hand in building Canada’s railroad chose to abandon the country because of a lack of opportunity.

“The destructive policies of the Trudeau Liberals have left the company with no choice but to shift its asset base and capital program south of the border,” said Morgan.

In August 2019, the petroleum and natural gas company Kinder Morgan secured a $2.5 billion deal to sell off its Canadian arm and leave the market.

The Liberal government purchased the Trans Mountain pipeline from the company in 2018 for $4.5 billion. According to estimates by the parliamentary budget office, Trudeau overpaid for the pipeline by up to $1 billion in taxpayer funds.

In 2019, Pembina Pipeline Corp. announced that it would buy Kinder Morgan Canada Ltd. and the U.S. portion of the Cochin pipeline system.

Trident Exploration shuts its doors due to struggling Canadian market

In April 2019, the Calgary-based natural gas company Trident Exploration shut its doors and abandoned up to 4,700 oil wells.

33 employees and 61 contractors lost their jobs after the company announced it no longer had the funds to operate.

“Trident Exploration Corp. has informed the Alberta Energy Regulator that its lender has withdrawn funding from the company. Because of this, Trident does not have the funds to operate its infrastructure or enter into creditor protection. As a result, they have decided to walk away, leaving more than 4,400 licensed sites, many of them active, without an operator,” said a statement by the Alberta Energy Regulator.

The $4.3 billion sale would allow the company to focus on other investments which had higher returns than the oil sands.

In December 2017, the Norwegian-based petroleum company Statoil ASA sold $832 million worth of assets in the Alberta oil sands.

Among the assets sold was a project that produced 24,000 barrels of oil per day.

According to company vice-president Lars Christian Bacher, the sale would allow it to pursue other operations offshore.