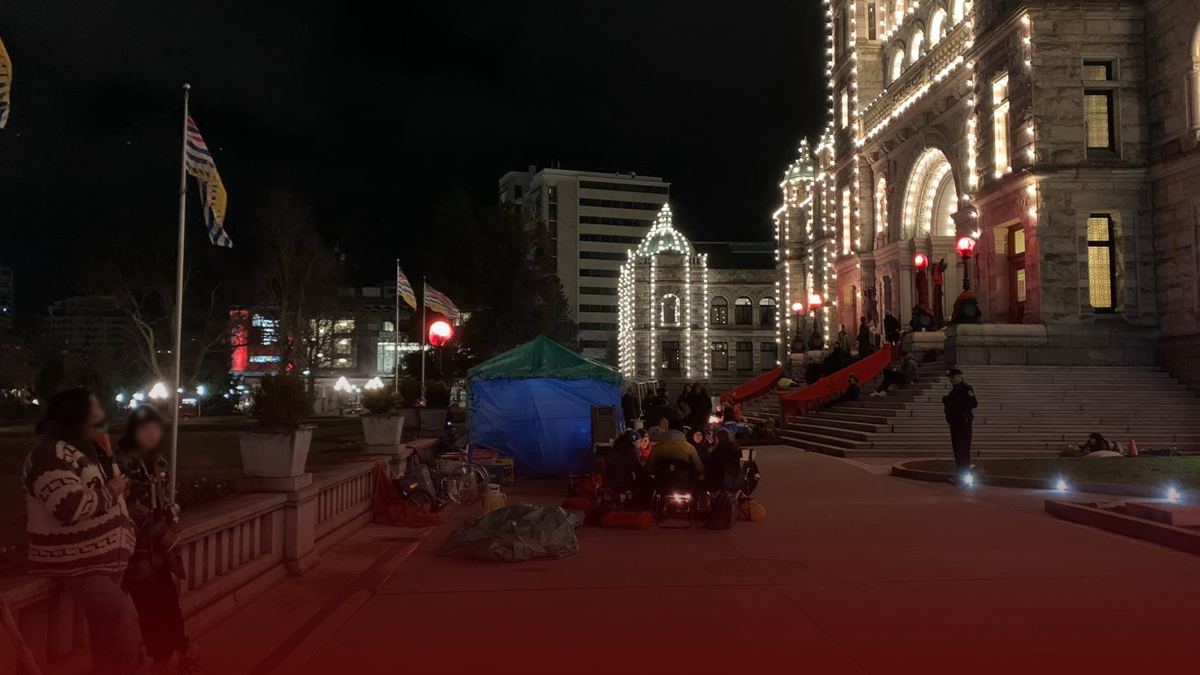 A First Nations president claims he was told to educate himself on Indigenous issues while passing by a Wet’suwet’en protest on the steps of the British Columbia legislature.

President of the Tahltan Central Government Chad Day said in a Facebook post on Wednesday morning that a woman and two masked protesters approached him and told him he knew nothing about First Nations matters.

“If you’re not standing with us and part of the resistance, you need to leave. Only warriors willing to rise are welcome here,” the young woman allegedly said to Day.

“The resistance? Are we in a Star Wars movie right now?” Day said. “Come on you guys, anyone here pretending to know the collective opinion of the Wet’suwet’en Nation is being rather naive at this point. Give their people some time to deal with their own laws and issues. You are not helping anything.”

According to Day, security guards posted at the site warned him to not engage with any of the people present.

“Maybe you should educate yourself about the Royal Proclamation and Indigenous issues,” Day alleges a masked protester told him.

In his post, Day explains that he was shocked to discover that the protests have been going on for eight days. According to him, the camps at the steps of the legislature were littered with garbage and dirty clothes among other refuse.

“What’s happening at the legislature right now is absolutely disgraceful and embarrassing to this province and its citizens, including Indigenous peoples, on so many levels,” wrote Day.

This is not the first alleged incident in which an Indigenous leader has been accosted by protesters who claim to represent First Nations.

British Columbia MLA and former Haisla Nation chief councillor Ellis Ross said on Twitter last month that a protester yelled in his face “saying I should stand up for Indigenous rights.”