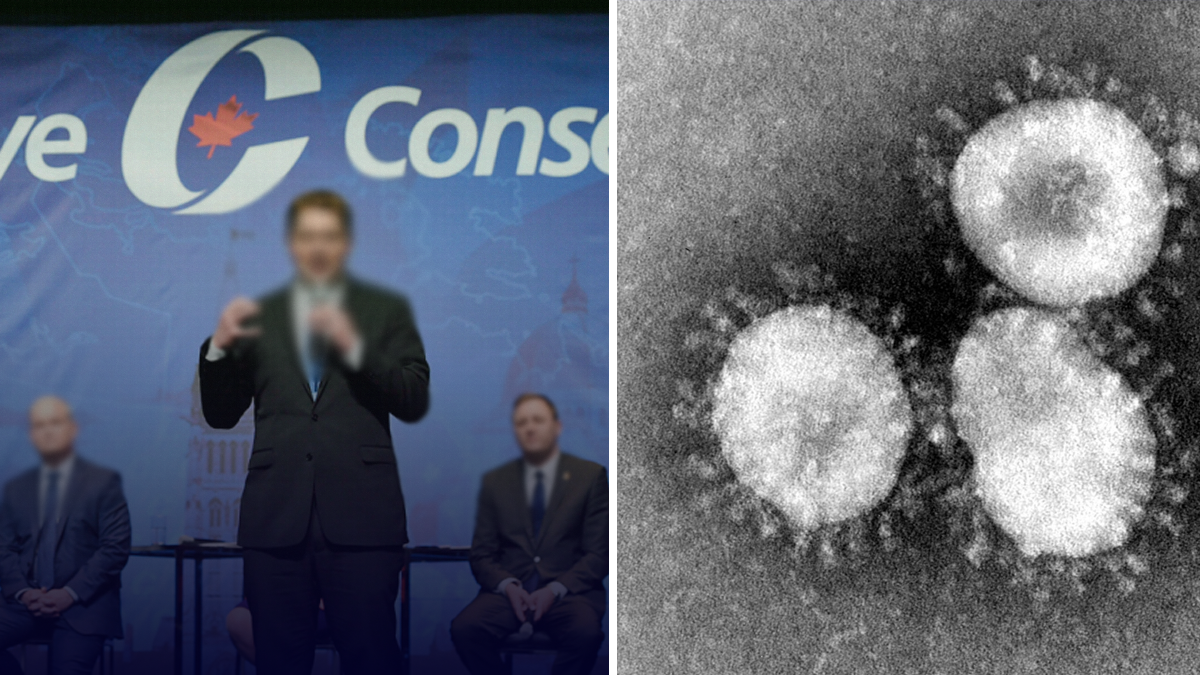 Despite serious warnings from public health officials about the risks of COVID-19 and the need to self-isolate, the Conservative Party of Canada announced they would not be suspending their leadership race, nor pushing back upcoming deadlines in the contest. This is an irresponsible decision and should be immediately reversed. Failing to do will not only put candidates and supporters at risk but also unfairly benefit establishment front-runner candidates at the expense of lesser-known entrants who need the advantages of in-person events.

The health risks of continuing the events and public appearances are obvious. While we do not yet know exactly how dangerous the virus is, research indicates that it is spreading fast, and Canada is only in the infant stages of the outbreak. In fact, Canada’s health minister Patty Hajdu reported that some government estimates show up to 70% of the country’s population could become infected. Given hospital wait-times are already out of control in parts of the country, we want to limit the spread and reduce – or at least delay – the pressure on our healthcare systems for as long as possible, and prioritize protections for our most vulnerable. This is why our governments are beginning to declare a state of emergencies, and in some cases, banning these kinds of gatherings to begin with.

Peter MacKay, often cited as the front-runner by mainstream media, was amongst the first of the campaigns to react to the news, announcing on Twitter on Thursday that he would be suspending public events for his campaign in wake of the outbreak. The other perceived front-runner, Erin O’Toole, also made the same commitment. However, it is not the campaigns of these perceived front-runners that are being disrupted by this outbreak.

To become officially verified in the race and make the ballot, candidates have to submit $300,000 in donations and signatures from 3,000 party members by March 25.

Peter MacKay and Erin O’Toole have already met this standard, and thus have no problem staying home and stopping physical campaign events. They can sit at home, avoid answering hard questions from voters or journalists and send out well-crafted messages through social media. It is easy for these candidates to avoid gaffes and missteps when they are able to hide behind the computer-screen of well-paid public relations consultants.

As anyone who has worked in politics can attest to the fact that every day on the campaign trail makes a huge difference. That is why for candidates like Toronto lawyer Leslyn Lewis or MP Marilyn Gladu – who have not been getting the same attention from mainstream media – having to shut down in-person events like fundraisers means it now may be next-to-impossible for them to meet this March 25 deadline.

Without adjusting deadlines like these, or modifying the rules for the race, the Conservative Party is giving an unfair advantage to front-runners at the expense of these candidates and their supporters who have been working tirelessly in the race, and whose chances of making the ballot has been significantly reduced due to the COVID-19 outbreak.

Conservatives want to form the next government of Canada, and if so, they need to provide leadership not only in Parliament but inside their own house too. That is why they should reverse-course and immediately make changes to the leadership process to ensure other candidates have a fair chance of staying in the race. The party will be better off as a result.