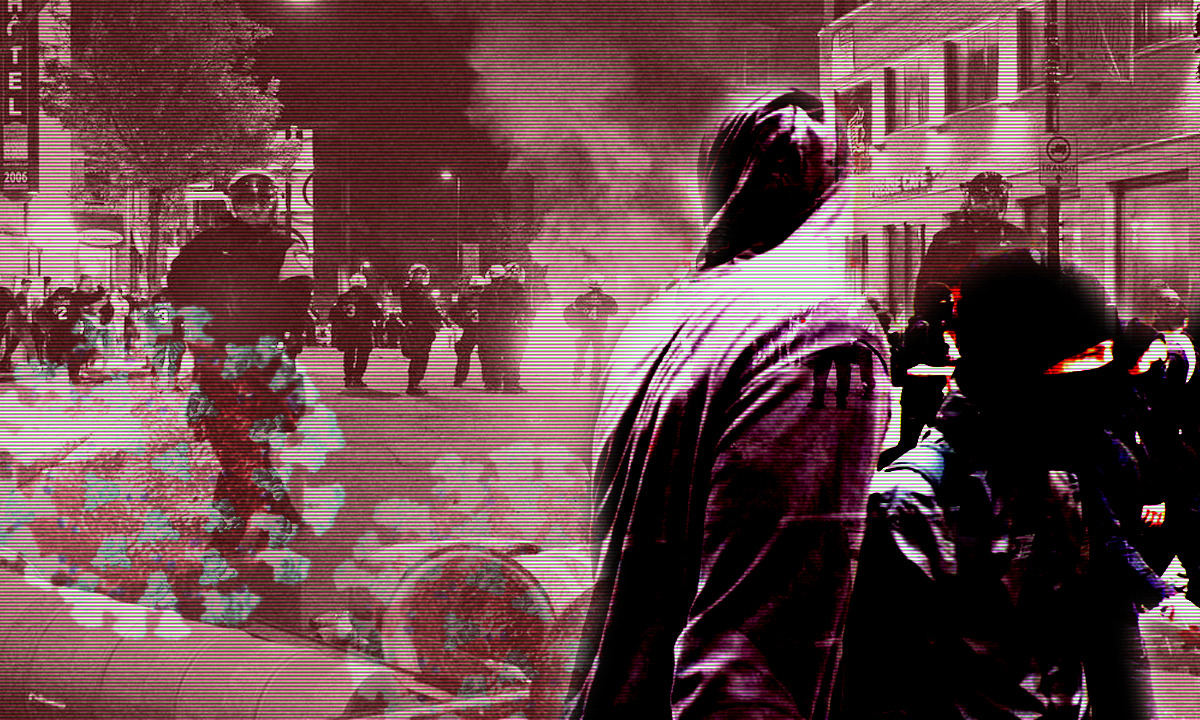 Canadian far-left extremist websites are seeking to take advantage of the coronavirus pandemic to further their radical views through violent means.

Montreal Counter-Information and North Shore Counter-Info are calling on their followers to issue death threats, engage in vandalism and assault unsuspecting police officers and prison guards.

One post on Montreal Counter-Information from April 13 titled “In May, Let’s Play: A Call to Conflict” claims that the coronavirus pandemic has created conditions “favourable for attack” and suggests a number of criminal and violent acts be perpetrated to take advantage of the situation.

“Now that the control forces canvassing the territory with vehicles, drones or just by foot have never been so present and overworked, what could happen if they were threatened inside their fortresses, with death threats written in paint? Regularly attacked with some stones/cocktails/fireworks/firecrackers in the middle of the night as they sleep? If they were ambushed during their patrols?” says an anonymous submission to Montreal Counter-Information.

The violent call to action also asks fellow extremists to sabotage fibre optic cables and relay antennas to disrupt communication services. In the article, the anonymous author fantasizes about attacking and beating unsuspecting prison guards while they return home from work.

“Now that the cages are chock full and that people slowly die behind bars, what could happen if the guards’ cars would unfortunately meet with a screwdriver/hammer/firestarter? If the people who lock up and stand guard, already under constant pressure, were hit and beaten while going back home?” says the post.

A similar blog post published on April 20 by North Shore Counter-Info asks followers to gather in small groups and engage in illegal activities like property damage and vandalism ahead of May Day which coincides with International Workers Day.

“Decentralized direct action is a skill we already have, and it can be taken in small groups, which is convenient when the pandemic makes it reasonable to reduce the number of people we’re close to. We propose a two week window centered on May 1st for going out and attacking capitalism – tags, breaking things, liberating stuff, use your imaginination [sic],” says an anonymous submission on the website.

“It is a delightful new reality that it no longer cocks eyebrows when you’re just someone out for a night jog in a mask and hoodie down the empty, empty streets. And coming out of the Wet’suwet’en solidarity movement, there is a lot of resistance to celebrate, as well as new skills and contacts to build on,” claimed the North Shore article.

As exclusively reported on by True North, both websites were active during February’s nation-wide rail blockades allegedly in support of the Wet’suwet’en hereditary chiefs who opposed BC’s LNG pipeline.

During the blockade crisis, North Shore provided instructions on how to create thermite to disrupt rail lines and advocated for activists to destroy other critical infrastructure. Meanwhile, Montreal Counter-Information published a similar callout alongside guides instructing people to make Molotov cocktails.