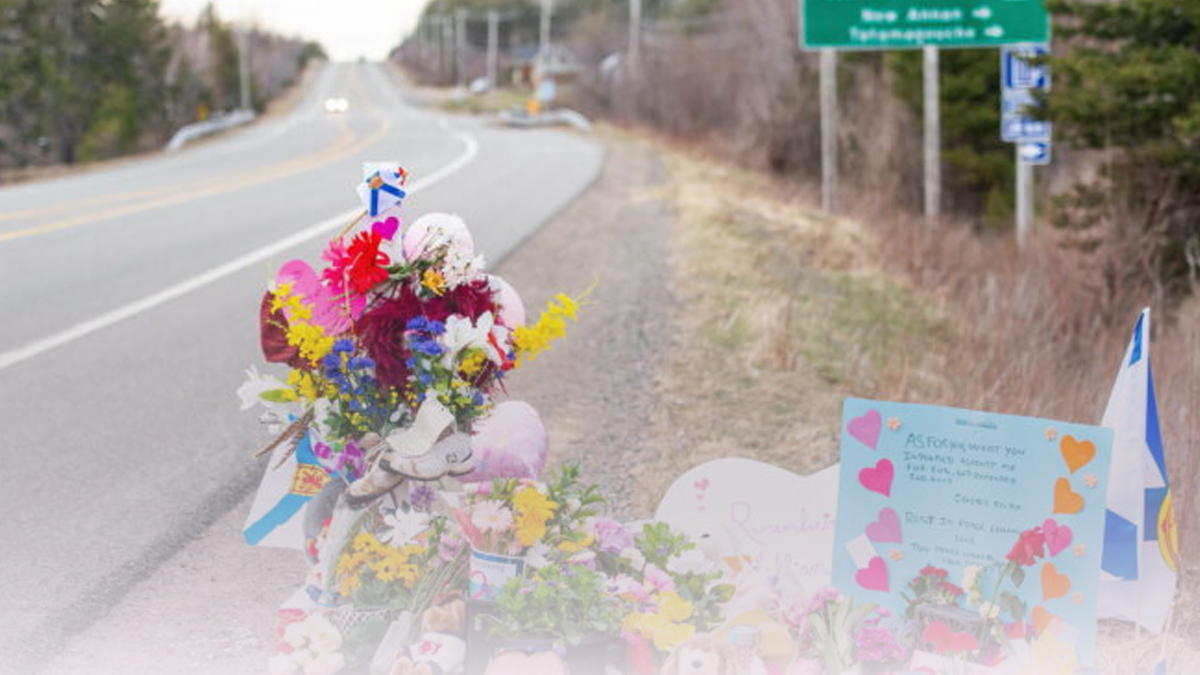 As more victims of Canada’s deadliest mass shooting are identified, family, friends and co-workers are reflecting on the positive impact they made on others during their lives.

On Sunday a gunman rampaged throughout rural Nova Scotia, killing at least 22 people in multiple communities.

A member of the RCMP, a teacher and healthcare workers were among the victims killed in cold blood.

Const. Heidi Stevenson, the first victim to be identified, was remembered by fellow RCMP Const. Sarah Bass as a “bright, bubbly person.”

Bass says that Const. Stevenson inspired her to join the RCMP.

“She’d tell me ‘You can do it.’ She’s my story of why I’m here,” Bass told the Chronicle Herald.

Const. Stevenson served with the RCMP for 23 years. She leaves behind a husband and two children.

“There are no words to describe their pain. Two children have lost their mother and a husband and his wife. Parents lost their daughter and countless others lost an incredible friend and colleague,” RCMP Nova Scotia Commanding Officer Lee Bergerman said after meeting with the Stevenson family.

Two other victims, Alanna Jenkins and Sean McLeod, served as correctional officers. Jenkins served at the Nova Institution for Women in Truro and McLeod served at the Springhill Institution.

The two had been partners since 2015.

“They had the house everybody always wanted to be at,” Sean’s daughter Taylor Andrews said.

“They loved having a full house, everybody was always welcome to stay there.”

“Ms. McCully was a passionate teacher with a smile that lit up the classroom,” they wrote.

“She will be remembered for her fearless spirit, her kind and generous heart, and her love for her family and students.

On Monday VON Canada announced that it has lost two of its employees in the shooting: licensed practical nurse Heather O’Brien and continuing care assistant Kristen Beaton.

O’Brien’s daughter Darcy Dobson took to Facebook on Sunday to remember her as a kind mother and grandmother.

Dobson also asked the public not to let her murder be the defining feature of O’Brien’s life.

“She was kind. She was beautiful. She didn’t deserve any of this,” Dobson wrote.

“This will be hard but it will not be Heather O’Briens defining moment! I want everyone to remember how kind she was.”

“Let those things define her. Not the horrible way she died.”

The following is the list of known victims who died as a result of the shooting: