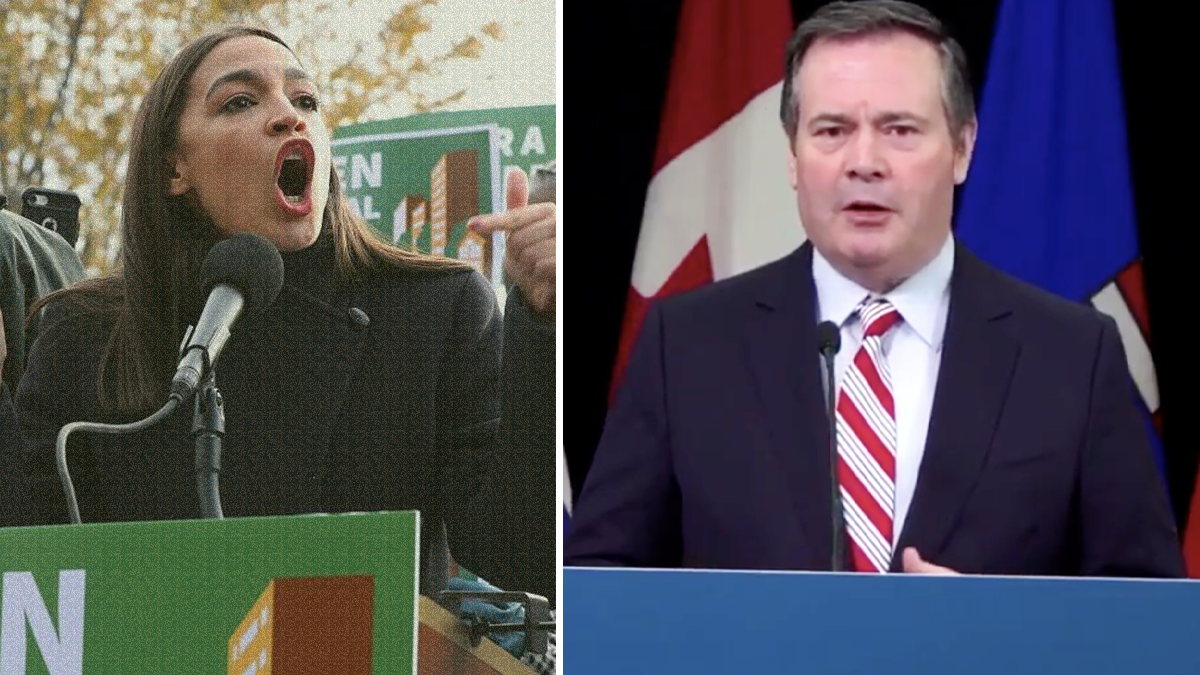 Alberta will not be attempting the “New Green Deal” proposed by far-left American politicians according to Premier Jason Kenney.

“When you talk about the Green New Deal, listen, our focus is on getting people back to work in Alberta, not pie-in-the-sky ideological schemes,” Kenney said.

The statement came at Friday’s press conference after Kenney announced that former MP James Rajotte will become the new Alberta representative to the United States.

Kenney was asked if Rajotte will be discussing the Green New Deal with its supporters in Washington given the rapid downturn of the energy sector.

Kenney responded saying that the middle of an economic crisis is not the time to attempt radical, untested ideas.

“We are actually not trying to amplify but fight back against the political agenda of the green left that has been trying to landlock Alberta energy.”

Kenney added that accepting the Green New Deal would be capitulating to those who have been trying to harm Alberta’s economy for years.

“So we’re not going to try to cooperate with the folks that are trying to shut down Canada’s single-largest subsector.”

One report suggested the idea could cost $93 trillion over ten years and could cost each American up to 106% of their income.

An attempt to open debate on the Green New Deal in the U.S. Senate failed miserably in March 2019, with not a single Senate Democrat willing to vote in favour of the motion.

Kenney says that Rajotte will focus on creating more opportunities for Alberta south of the border, including working towards a North American energy strategy.