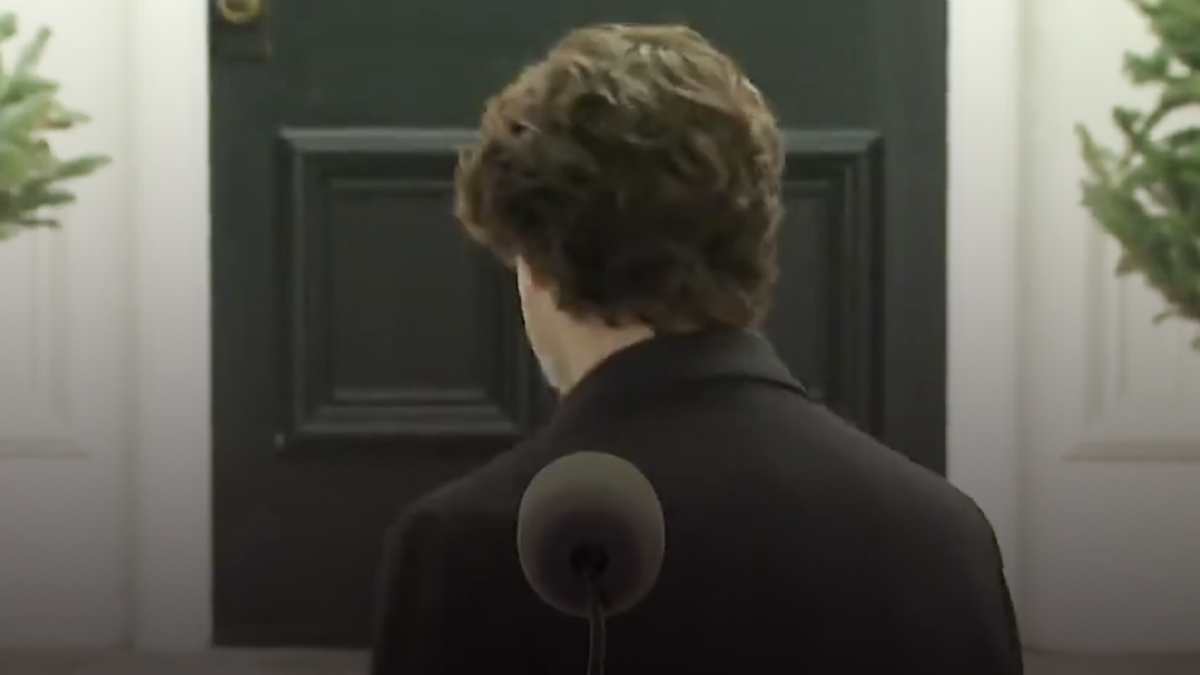 Prime Minister Justin Trudeau walked away from reporters earlier today after a journalist asked him whether Canada is standing up to China.

Political reporter for Globe and Mail Marieke Walsh asked Trudeau whether his government was “standing up to China” or “backing away” from the communist regime during a daily coronavirus briefing.

“The former prime minister of Australia Malcolm Turnbull says China is a bully and that the way for Canada to deal with China is to stand up to it instead of backing down. Is your government standing up to China or is it backing away from China?” asked Walsh.

Instead of answering the question directly, Trudeau went on to talk about “keeping Canadians safe.”

“Of course at the same time, we will be asking difficult questions about how we’re making it through this pandemic, how this came to happen, how we can learn from this. We have plenty for questions in the months to come,” said Trudeau.

Walsh then repeats the question to the prime minister asking “so are you standing up to China?” and in response, Trudeau turns his back to the microphone and walks away.

Critics have accused the Liberal government of not taking a tough enough stance on the Chinese Communist Party’s culpability in the coronavirus pandemic.

Yesterday, when asked by Conservative MP Ed Fast to recognize Taiwan’s donation during a virtual sitting of the House of Commons, the Foreign Affairs Minister François-Philippe Champagne thanked “every nation” that has donated, but refused to name Taiwan.

The Chinese ambassador to Canada recently praised Trudeau’s “cool-headed” approach to China in contrast to the US’ aggressive strategy in blaming the CCP for the virus.

“I believe that Canada has adopted a cool-headed approach. We appreciate that. The most important task, currently, is to focus our energy on fighting the pandemic,” said Chinese ambassador Cong Peiwu.

As of yet, no Liberal politician has signed onto a letter by the Macdonald-Laurier Institute condemning the CCP’s responsibility for the virus, despite the fact that over one hundred Canadian politicians and world leaders have added their names to the document.

Among those Canadian politicians who have joined the call is Conservative Party leader Andrew Scheer.

“The roots of the pandemic are in a cover-up by CCP authorities in Wuhan, Hubei province. Under the influence of the CCP the World Health Organisation first downplayed the pandemic,” writes the letter.