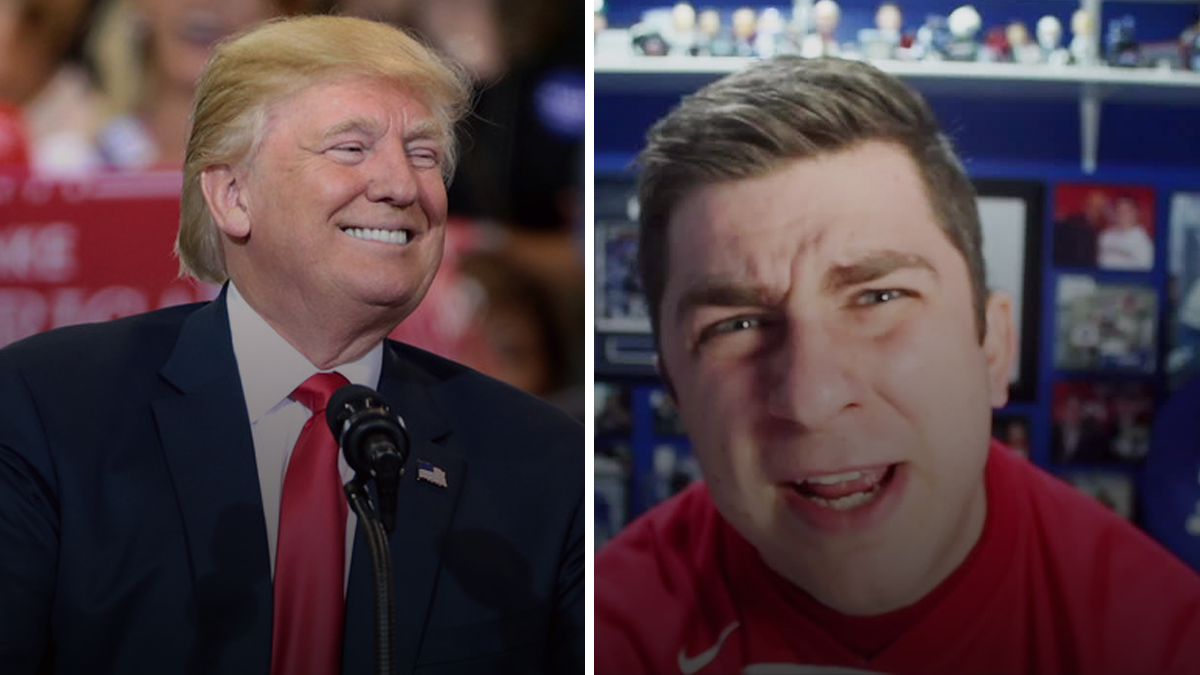 The smear, which was also levelled at the president himself, was posted to Steve “Dangle” Glynn’s personal Twitter account in response to a video of Trump getting into an altercation with a journalist over China.

Glynn’s remarks are in contrast to a prior statement made by Sportsnet over comments made by former Hockey Night in Canada host Don Cherry.

Cherry was fired from the network in November 2019 after being accused of racism by the mainstream media for calling on all Canadians to wear poppies for Remembrance Day.

In response to Cherry’s rant, an online mob of left-wing activists began to demand that Cherry be fired.

Sportsnet, whose parent company Rogers bought Hockey Night in Canada from the CBC in 2014, caved to pressure from the online mob and fired Cherry.  They issued a statement on the matter saying that Cherry’s comments don’t represent the company’s values.

“Sports brings people together —  it unites us, not divides us. Following further discussions with Don Cherry after Saturday night’s broadcast, it has been decided it is the right time for him to immediately step down. During the broadcast, he made divisive remarks that do not represent our values or what we stand for,” wrote Sportsnet President Bart Yabsley.

“Don is synonymous with hockey and has played an integral role in growing the game over the past 40 years. We would like to thank Don for his contributions to hockey and sports broadcasting in Canada.”

Glynn’s comments — which were aimed not just at the President, but to those who “support him” — applies to tens of millions of people across North America, including many hockey fans.

True North reached out to both Glynn and Sportsnet to ask about this apparent double standard and whether Glynn’s remarks represent the network’s values. Neither Glynn nor Sportsnet replied to the requests for comment.

While support for the president is lower Canada, a Gallup poll from January found that 28% of Canadians are confident in Trump to “do the right thing regarding world affairs.”