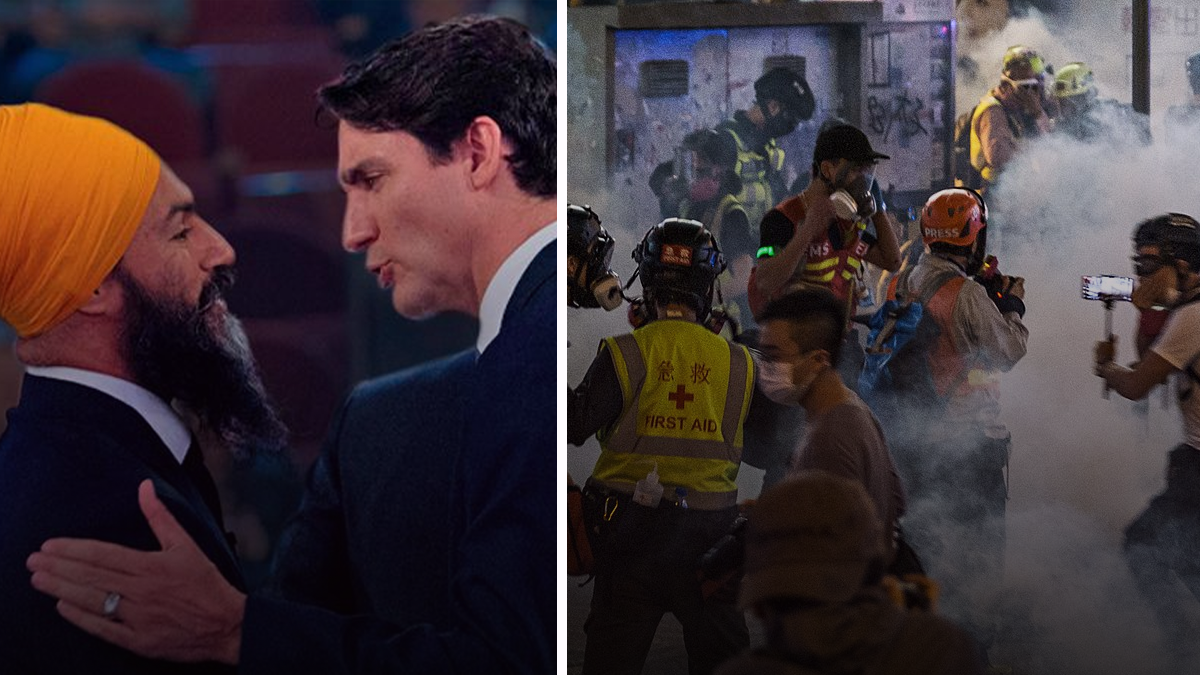 While China is threatening to crush Hong Kong, the Liberals and NDP evidently want Canada to do nothing about it.

On Monday, MPs from both parties shut down a Conservative motion to reconvene the Commons Special Committee on Canada-China Relations and include a reference to pro-democracy activists in Hong Kong in the committee’s first report.

The motion, introduced by Ontario Conservative MP David Sweet, was narrowly defeated by 8 votes, with 21 voting in favour and another 29 voting against.

Both the Conservatives and the Bloc Quebecois voted in favour of the motion, while the Liberals, the NDP and the Green Party voted against.

Conservative MP Garnett Genuis, who also sat on the committee, accused the Liberals of having a weak response to China’s aggression.

“Hong Kong is no less Chinese than the mainland, no less informed by China’s Confucian heritage, and yet its people love their freedom with an electrifying and inspiring passion,” said Genuis in the House of Commons.

“It is disgraceful that we have such a mealy-mouthed response from the government on a clear-cut moral issue, which also involves a clear violation of international law.”

The committee was established in December 2019 to address the “prolonged diplomatic crisis” between the two countries.

According to its mandate, the committee’s purpose was “to conduct hearings to examine and review all aspects of the Canada–China relationship, including, but not limited to, consular, economic, legal, security and diplomatic relations.”

When questioned on Canada’s response to a proposed Chinese bill that would curb the freedoms of Hong Kongers, Trudeau called on the Chinese government to have “constructive conversations.”

“It is going to be important for the Chinese government to engage in constructive conversations with citizens of Hong Kong to ensure we de-escalate the tensions and we look forward to a path that actually allows for prosperity in a way that the citizens of Hong Kong expect,” said Trudeau.