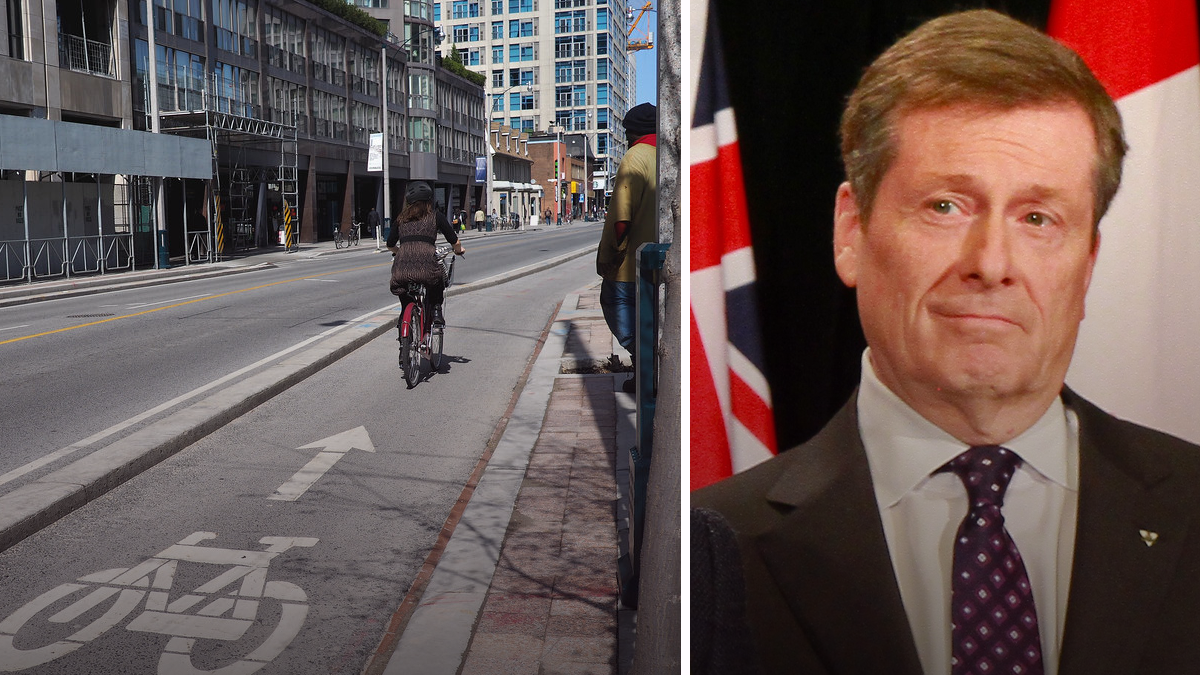 Facing a revenue crunch severe enough to put service cuts on the table, the City of Toronto has still found $6.5 million for bike lanes.

Toronto’s municipal government released a report Monday recommending the construction of 40 km of new bike lanes, including a major extension to the Bloor West Bikeway.

Along with the costs of constructing the lanes, the report estimates the city will lose at least $800,000 in revenue by removing parking spaces.

Councillor Stephen Holyday told the Toronto Sun that he believes the city is using the coronavirus pandemic to push through decisions without public oversight.

“When people start going back to work, there may be more automobile traffic than ever because there’ll be less people taking public transit,” he said. “I have no doubt that people are capitalizing on the opportunity under COVID to make changes.”

The report comes less than a week after Toronto Mayor John Tory warned the city will have to cut services significantly if the provincial and federal governments do not provide Toronto with a bailout.

According to Tory, the coronavirus pandemic will cost the city between $1.5 billion and $2.8 billion in revenue in 2020. Municipalities in Ontario are not allowed to run deficits.

Without a bailout, Tory threatened that the city would have to cut at around 20,000 jobs and close two subway lines to balance the books.

Tory also warned that Toronto would have to close 1,320 city-owned long-term care beds and half of the city’s of homeless shelter beds.

“Strong cities are going to be needed to rebuild and restart provincial economies, and our national economy, after this emergency,” he said.

On Monday Tory continued arguing for a bailout, saying the move would be a “no-brainer” for the province and federal government.

“This is the best investment they could ever make. It is a no-brainer.”