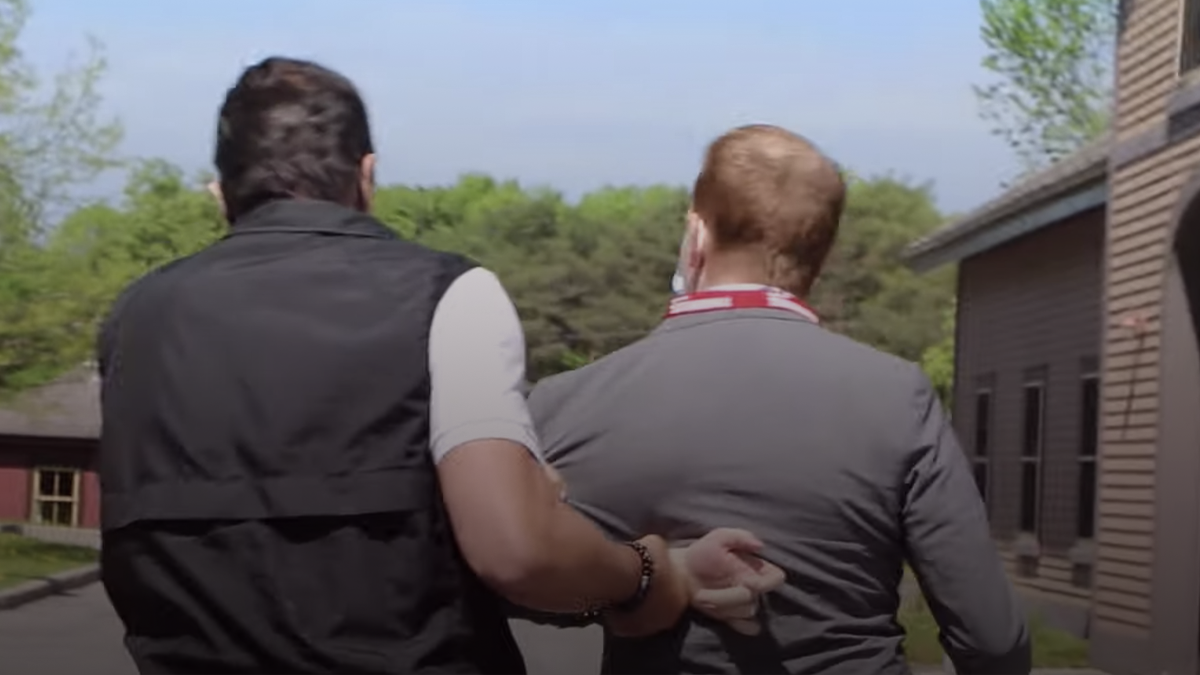 Rebel reporter Keean Bexte’s arm was held behind his back as the RCMP walked him away from Rideau Cottage on the grounds of Rideau Hall, where Trudeau lives and has been hosting daily coronavirus briefings.

Bexte was there to attend and attempt to ask Trudeau a question, after not being selected to do so on the briefings’ teleconferences.

“I have been on the phone with Justin Trudeau for about two months now, calling pretty much every single day and I’m always getting the cold shoulder,” says Bexte in his report.

“So I decided that I would come here to Ottawa. I’m at the Princess Anne entrance. Every day I get an email from Justin Trudeau’s office saying that reporters can come here, there’s open media coverage.”

Despite making it onto the residence’s grounds, Bexte was blocked from joining other reporters at the actual press conference.

Footage of the incident shows an officer preventing Bexte from advancing any further, and more chillingly, demanding to see photos on Bexte’s phone.

After Bexte refused, the officer forced Bexte’s arm behind his back and walks him off the property.

“This is Ottawa, Canada, 2020 when Justin Trudeau is having his RCMP throw out a journalist for no reason because I wouldn’t show him my phone,” said Bexte as he was dragged out.

Critics have accused the prime minister of giving preference to favoured media outlets during his daily updates.

Exclusive True North research shows CBC and its affiliates dominate in the number of questions posed to the prime minister.

CBC journalists got to ask 21% of the questions during the briefings while independent outlets were afforded none.

Rebel News is currently taking the Parliamentary Press Gallery to court for unfairly barring their journalists from getting to ask the prime minister a question.

According to a May 25 affidavit reported on by Blacklock’s Reporter, Rebel News claims that “government-influenced Canadian Parliamentary Press Gallery governing access to official Ottawa media availabilities has outright banned Rebel News without notice, explanation or right of appeal.”

Rebel and True North are both suing the federal government for the Leaders’ Debates Commission denying Bexte and True North’s Andrew Lawton access to the government-run debates in last year’s federal election.