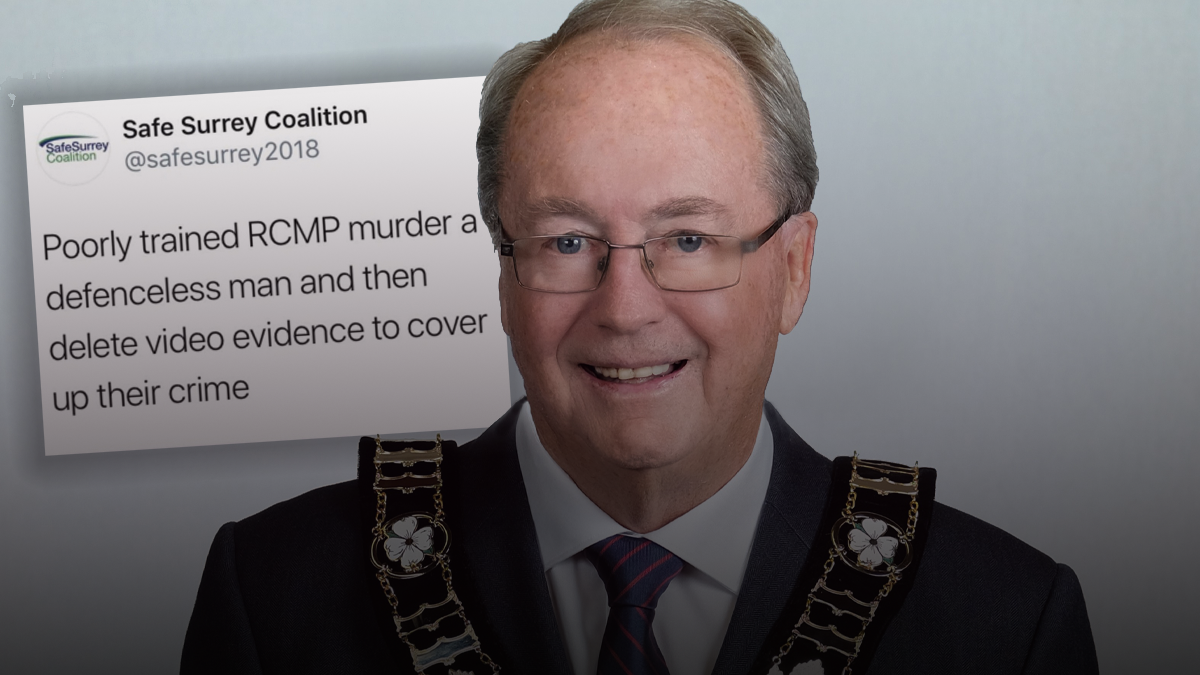 On Friday, the official Safe Surrey Coalition account tweeted: “Poorly trained RCMP murder a defenceless man and then delete video evidence to cover up the crime.”

The accusations came after the Independent Investigations Office of BC (IIO) reported on the death of a man who died in police custody in 2017.

In their report, the IIO recommended that the BC Prosecution Service lay charges on several officers over their use of force and obstruction of justice.

To date, no charges have been laid against the officers nor have they been convicted of any crimes.

“In order to approve the charges, the BC Prosecution Service must be satisfied that there is a substantial likelihood of conviction based on the evidence gathered by the IIO, and that prosecution is required in the public interest,” the IIO report said.

“When an officer attempted to question the male (suspected of casing cars in a parking lot), he allegedly attempted to flee on a bicycle. While attempting to take the man into custody, a struggle ensued between him and the officer and additional officers then arrived. OC (pepper) spray was used. The male appeared to be having trouble breathing and police requested medical assistance. Officers reported that the male was removed from the police vehicle when Emergency Health Services (EHS) arrived, and collapsed. The male was pronounced deceased shortly thereafter.”

In response to the tweet, Surrey City Councillor Jack Hundial told the Burnaby Now that it was a “new low to politics” and called it an “attack on police officers everywhere.”

“I’ve seen a new low to politics in Surrey and you couple this with a person that the NDP government is looking at leading a police board,” said Hundial.

“In the last week we’ve heard allegations of [McCallum] harassing someone’s immigration status and now the leader of one of the largest cities in Canada promoting what I think is akin to actual hate of law enforcement, regardless of the organization. It’s an attack on police officers everywhere.”

According to Surrey RCMP Assistant Commissioner Brian Edwards, Mayor McCallum apologized for the tweet which has since been deleted.