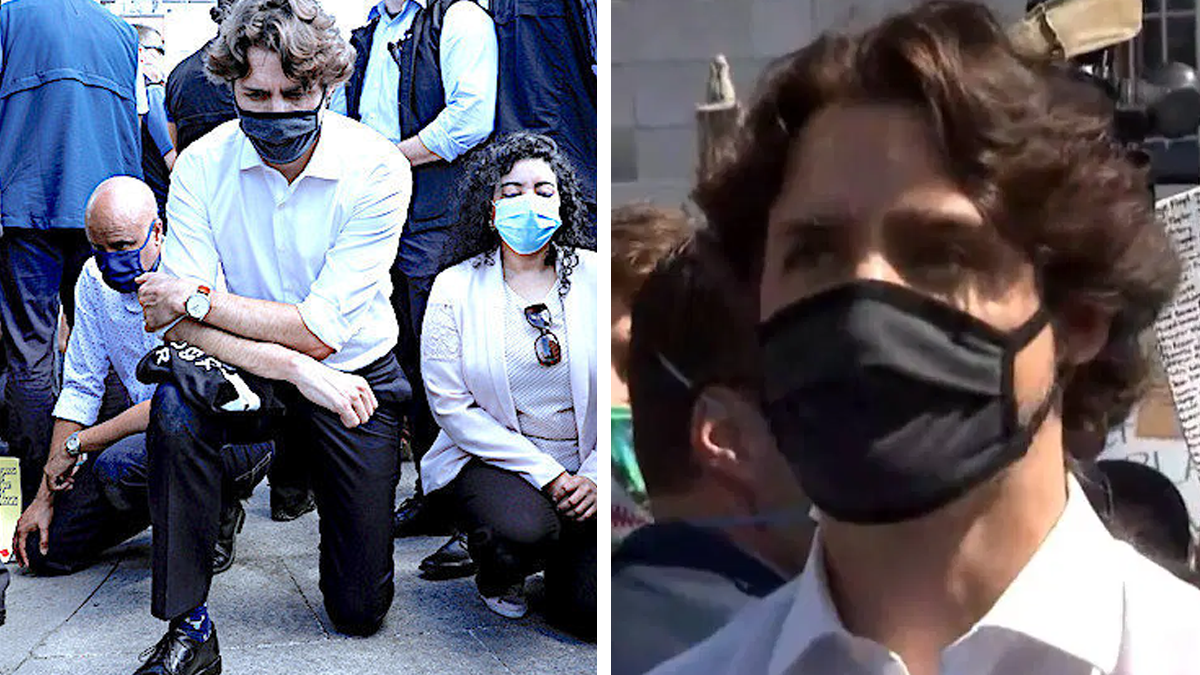 True North analyzed over 3,000 replies to videos of the incident shared on Twitter by the official accounts of CTV News and CBC Power and Politics.

Out of those replies, 69% or 2073 of the comments had negative sentiments regarding Trudeau’s actions taken that day.

Notably, the negative sentiments ranged on the political spectrum, with several users criticizing the prime minister for not doing enough to seek racial equality in Canada. For example, several replies targetted Trudeau’s mishandling of indigenous relations as prime minister.

No Justice No Peace.

Guess it was a break from ordering violence on the Indigenous community for 5 minutes?

Many negative comments also pointed out the contradiction that as prime minister, he is responsible for the state of Canada’s law enforcement and race relations.

Other commenters criticized the prime minister for attending the rally while also suspending parliament due to the coronavirus pandemic.

Trudeau can do this but not sit in Parliament? 🇨🇦should be outraged that Trudeau suspended Parliament/Legislative branch of government virtually silencing the citizens in our democracy but most 🇨🇦s are ignorant of the implications of the Executive ruling by decree & committee.

If the PM can attend a crowded event like this, he can also safely restart Parliament and stop hiding from the Opposition.

Since being shared online, both videos have amassed over 5.5 million views and have received over 40,000 likes combined.

This report only took into account vocal support or opposition to the prime minister’s actions in the form of written Twitter replies.

Each of the 3,005 text replies were individually analyzed by researchers for sentiment and tagged as either negative, positive or neutral. Replies in other languages and photo comments that had no text were not included in the final count.

Approximately 19% of the replies to both videos combined had something positive to say about Trudeau’s decision to kneel, while another 12% of the comments were neutral statements or unrelated to the matter at hand.

Since Trudeau joined thousands of protesters while protected by bodyguards in physically close conditions, critics have accused him of ignoring his own commands for people to stay at home due to the coronavirus.

With files from Richard Carmichael