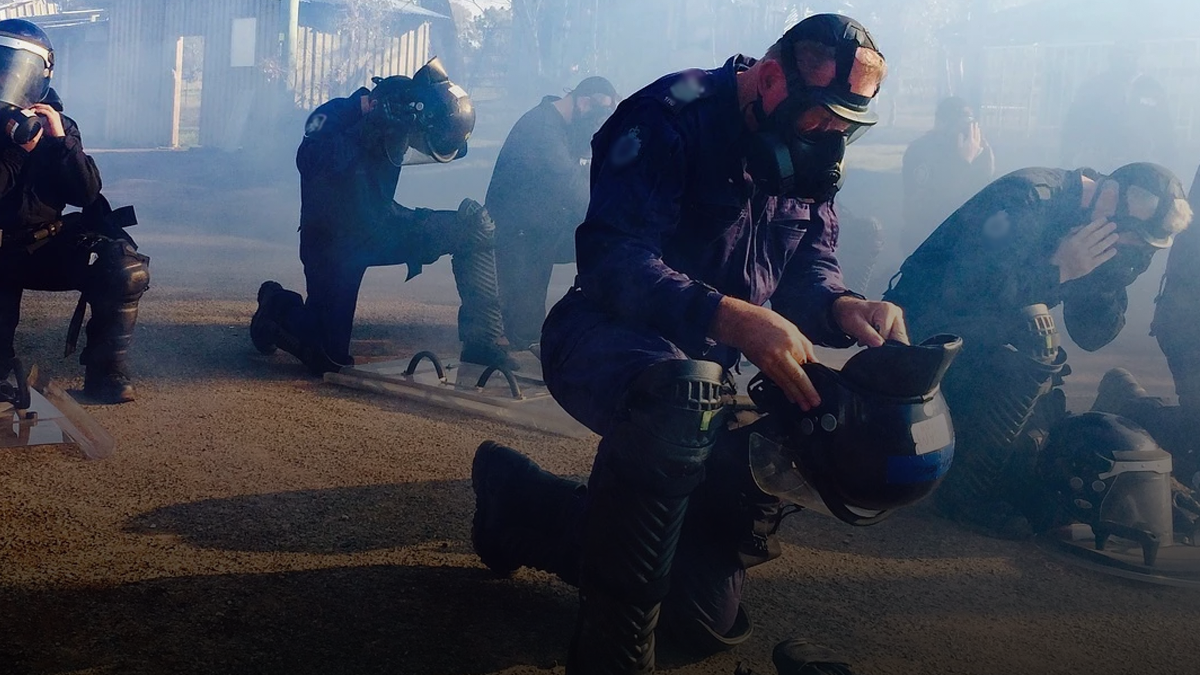 As protests erupt across the US over the death of George Floyd, numerous law enforcement officers have been attacked or killed during the riots.

While most protests in the country have been lawful and peaceful, those seeking to take advantage of the unrest have resorted to looting, property damage and attacking men and women in uniform.

Here is a list of officers who have been attacked or killed during the ongoing US riots, according to Fox News.

Albany, N.Y.: Officer sent to the hospital after protester throws a brick at him

Atlanta: Officer Maximilian Brewer underwent surgery after a protester hit him with an ATV

Buffalo, N.Y.: Two police officers are hit by a vehicle and one other has his leg broken and pelvis shattered after protesters run him over

Davenport, Iowa: A plainclothes police officer injured after an individual opened fire on his vehicle

Denver: Three city police officers sent to the hospital after a hit-and-run that also injured a bystander

Harrisburg, Penn.: Two police officers sent to the hospital during a violent protest on Saturday

Las Vegas: One cop put on life support after he was shot in the head during a violent protest on Monday; 12 additional officers injured during Friday’s rioting

Lynchburg, Va.: Several officers were shot at during protests but were not injured

Minnesota: Police officers shot at during a protest, and a precinct in the city was set on fire by protesters

New York City: Dozens of NYPD officers injured during weekend rioting with one video showing an officer being struck by a car in a hit-and-run.

Over 350 NYPD officers injured in two weeks of protests. Injuries include being hit by vehicles, head injuries from bricks and fire extinguishers as well as other serious wounds.

Oakland, Calif.: FBI officer Dave Patrick Underwood was shot and killed while providing security for a courthouse, and another officer was injured in the shooting

Oakdale, Calif: Two officers suffered injuries after a clash broke out at a protest.

Pittsburgh, Penn.: Nine police officers hurt and sent to the hospital in clashes with protesters

Providence, R.I: 9 officers injured after protesters threw bricks at them as violent protests erupted in the city

Richmond, Va.: Two officers hurt during a protest after being hit with a baseball bat and a beer bottle

Salt Lake City, Utah: 21 police officers required medical care after being injured by protesters, with one reporting that he was hit on the head with a baseball bat

San Antonio: Three officers were injured after being hit by bricks and bottles

San Jose, Calif.: Several officers sustained injuries during a May 29 protest and one was sent to the hospital

Santa Ana, Calif.: Two officers had to be taken to the hospital after being hit in the head by projectiles thrown at them by protesters

Springfield, Mo: Springfield Police Department officer Mark Priebe was hospitalized in the ICU with a spinal cord injury after being rammed by an SUV. Priebe has to undergo surgery and will likely never be able to walk again.

Washington, D.C.: 11 Washington police officers injured during Sunday’s protests. One officer required surgery after being hit by a brick in the leg. Over 50 members of the Secret Service were also hurt during clashes, some sustaining injuries from Molotov cocktails