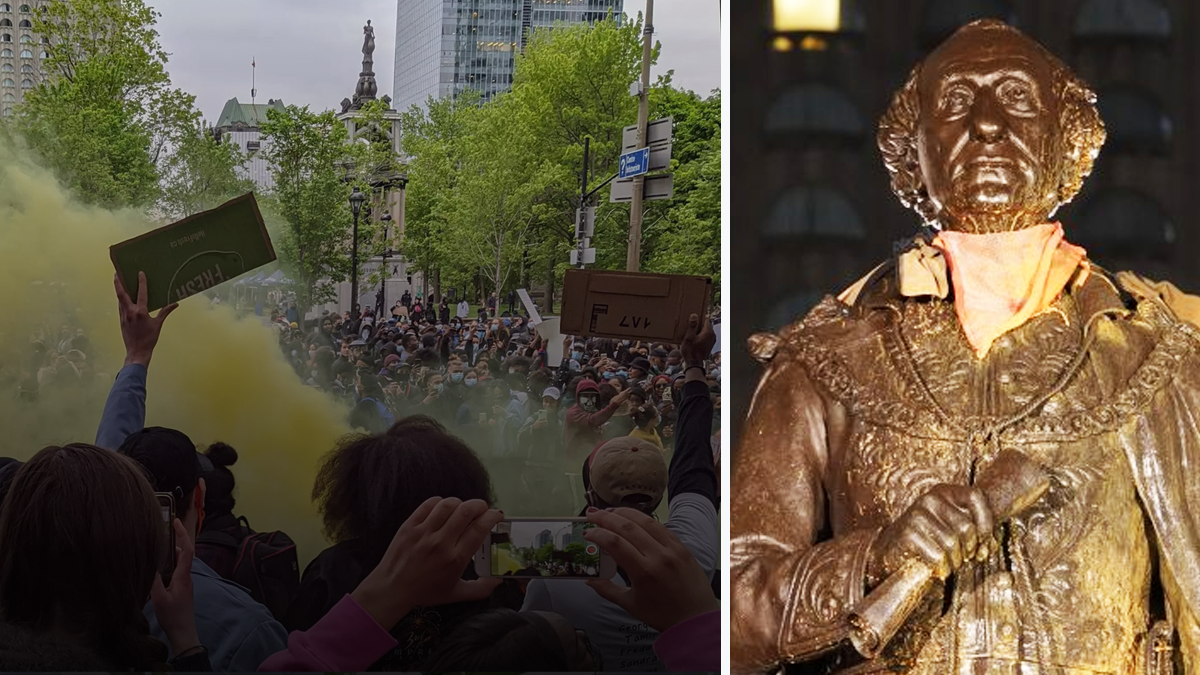 Historic Canadian statues and street names are under attack by leftist activists.

As protests have flared up across Canada due to outrage over the death of George Floyd, calls for the removal of historical monuments and renaming of places have grown.

Protesters claim that monuments such as the Sir John A. Macdonald statue in Montreal are symbols of Canada’s racist and genocidal past and should be removed from their pedestals.

An online petition is calling on Montreal Mayor Valérie Plante and the city council to remove the statue of Canada’s first prime minister. Organizers of the petition refer to Macdonald as a “racist” and a “white nationalist” and compare the statue to confederate monuments in the US.

“The very fact that this monument exists is an example of the whitewashing of cultural history, and true ‘reconciliation’ does not include the glorification of those that actively pursued Indigenous genocide,” says the petition, which has amassed over 10,000 signatures.

“In the words of art historian and McGill professor Charmaine Nelson: ‘these monuments are not meaningless, insignificant, inanimate objects. Rather, they are being strategically used by white supremacists as a talisman in their tactics of racial hatred.’”

Black Lives Matter activists in Toronto have also set their sights on a statue of Canadian Methodist minister and education advocate Egerton Ryerson. A petition is requesting that Ryerson University topple the statue and take it away from campus grounds.

“Egerton Ryerson, of whom the campus is named after, was a known racist and sexist who aided the Canadian government in the creation of Residential Schools,” the petition reads.

“In conclusion Egerton Ryerson is a symbol of racism, sexism and cultural genocide. His statue needs to be removed Immediately!”

The petition has amassed nearly 5,000 signatures.

Yet another Black Lives Matter-related petition is requesting the City of Toronto rename Dundas Street, due to its namesake Robert Dundas’ “highly problematic” history.

“In the wake of two weeks of protests against police murder and racial injustice, Toronto City Council can take a constructive and symbolic step toward disavowing its historic associations with persons who have actively worked toward preserving systems of racial inequality and exploitation,” said the petition.

“As such, we ask that Toronto City Council begin a public process to rename Dundas Street in the city of Toronto to honour a more appropriate person, place or event.”

Earlier today, one speaker at a Black Lives Matter demonstration in the city also suggested that the statue of British Prime Minister Winston Churchill be removed.

“It was not at all a good thing for the majority of the planet and the people who do not happen to have white skin. Let us start a campaign to take down racist monuments like that filthy one right around the corner. As a matter of fact, when we’re done here, let’s walk and scream and yell at that horrible statue, that horrible monument.”