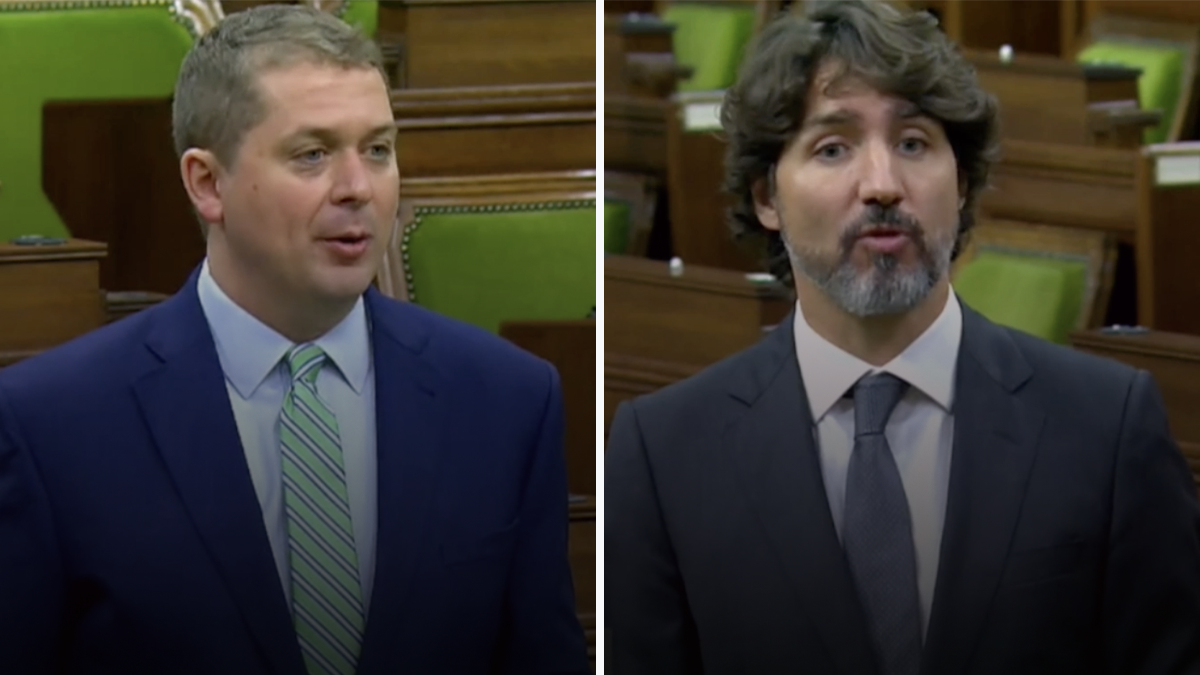 Conservative party leader Andrew Scheer grilled Prime Minister Justin Trudeau on Tuesday for attending an anti-racism rally on Parliament Hill while simultaneously restricting the role of parliament due to the coronavirus pandemic.

“He met with thousands of people outside on Parliament Hill just a few days ago, why can we not meet with a fraction of that number inside Parliament Hill to do the work on Canadians’ behalf?” asked Scheer during a COVID-19 Pandemic special committee meeting.

“We’ve been sitting four days a week over the past number of weeks to continue to engage in the kind of back and forth that is essential in our democracy. At the same time, I do want to highlight that peaceful protest is a fundamental right in Canada. Thousands of Canadians spoke out over the past week and it was important for me to be a part of them, to hear them and to demonstrate my support,” said Trudeau.

Videos of last Friday’s protest show a masked Trudeau taking a knee in the crowd’s midst, while surrounded by security.

As exclusively reported by True North, a majority of the Twitter replies to the original footage of Trudeau kneeling was negative.

Critics have accused the prime minister of ignoring his own social distancing rules now more than once. In April, Trudeau drew fire for crossing a provincial boundary and visiting his family for Easter weekend.

During the committee meeting, Scheer also blasted Trudeau for limiting the amount of time the House of Commons has to debate the Liberal government’s latest coronavirus spending.

“Because of the prime minister’s rules that he’s imposed on this chamber, members of parliament will only have four hours to debate over 80 billion dollars worth of new spending,” said Scheer.

Conservatives have accused Trudeau of withholding information on the state of Ottawa’s finances.