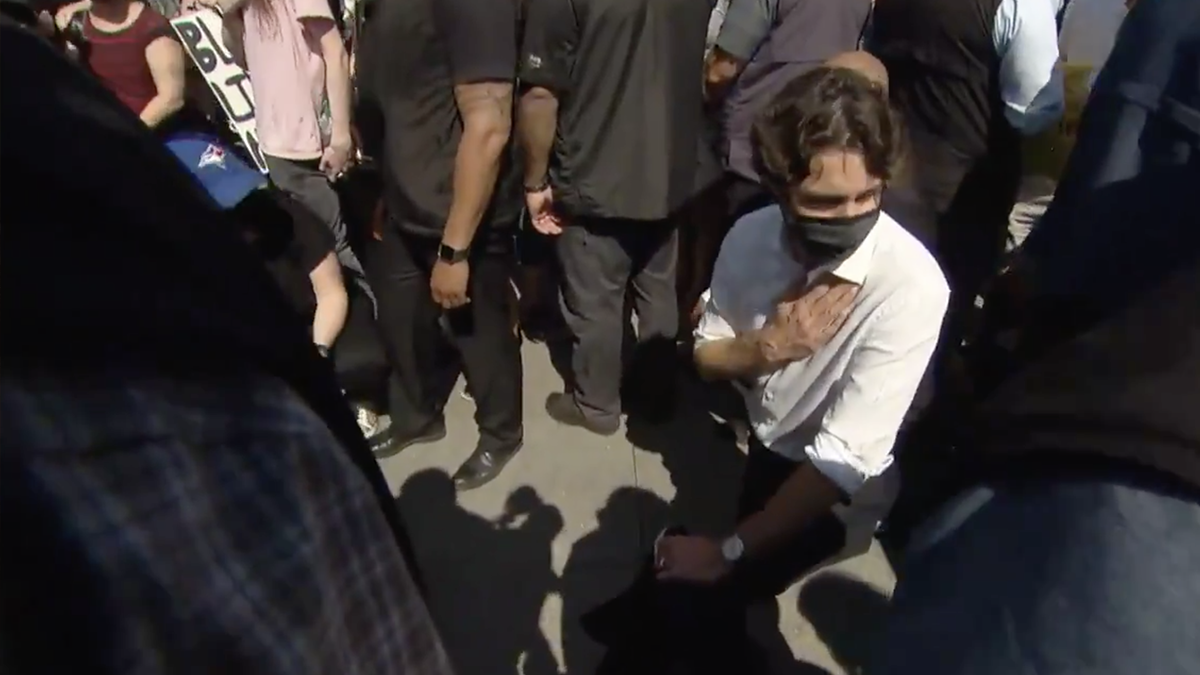 Prime Minister Justin Trudeau was among the thousands of people gathered for an anti-racism rally in Ottawa on Friday afternoon.

Trudeau waded into the crowd of protesters while surrounded by security. Some of the protesters heckled the prime minister and called on him to “stand up to Trump.”

In a video of the incident posted to Twitter by Power & Politics, the crowd is heard chanting the slogan while Trudeau remains surrounded by security.

Later on in the rally, Trudeau was filmed taking a knee as protesters shouted “kneel down.”

Since the coronavirus pandemic began, Trudeau has been self-isolating in Ottawa at Rideau Cottage, but on Friday he decided to leave his residence and join the mass gathering.

Only last month, Trudeau was telling Canadians to stay at home and avoid social gatherings due to the coronavirus pandemic. Critics pointed out Trudeau’s double standard on coronavirus measures when he first broke his own rules and visited his family at Harrington Lake over Easter weekend.

In March, Canada’s Chief Public Health Officer Dr. Theresa Tam was telling Canadians not to visit their cottages or impede on rural communities, but Trudeau went to his cottage anyway.

Despite directives banning large public gatherings such as sporting events, concerts, and family events, Tam tacitly approved of the protests when asked about the health implications.

Instead of condemning the demonstrations that have already taken place in several Canadian cities all across the country, Tam meekly suggested that the protesters avoid shouting, and wear a mask while in large crowds.

“Of course, wearing a mask is important, but shouting and making really loud projections can potentially increase the risk,” said Tam.

“One might want to choose other means of showing or messaging, whether it be signage or making noise using other instruments for example. Just to consider that shouting and that type of behaviour can potentially project more droplets.”