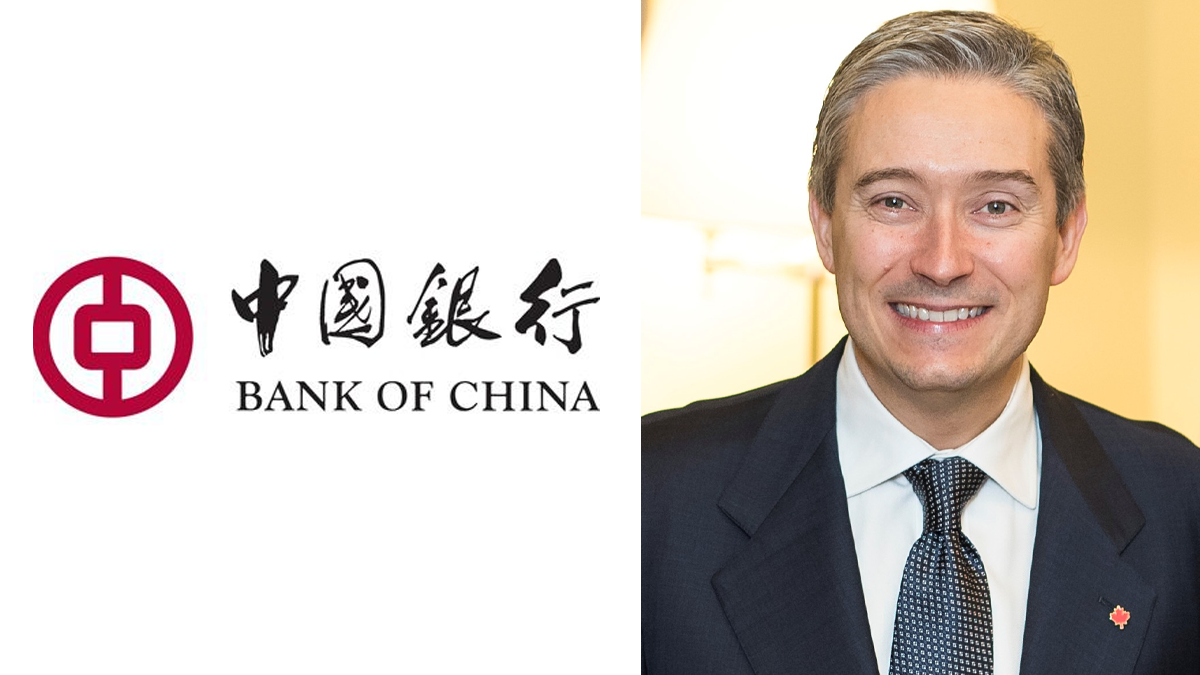 Liberal Foreign Affairs Minister François-Philippe Champagne has two mortgages with the Bank of China valued at a whopping $1.2 million.

The mortgages are on two properties owned by Champagne in London, UK. The apartments were purchased before Champagne was elected to office in 2015, while he worked as an executive for the British engineering corporation Amec Foster Wheeler PLC.

The Bank of China is one of the four largest state-owned banks in mainland China.

According to the Globe and Mail, Champagne claims that he was unable to get a British loan at the time due to having a temporary work permit.

“At the time I purchased these apartments, the Bank of China (UK) Ltd. was one of a very limited number of banks providing residential mortgages for terms of more than 20 years to people residing in the UK on temporary worker visas,” said Champagne.

Champagne also went on to claim that the million-dollar loan had no influence on his work as a cabinet minister.

“Neither mortgages nor any other liabilities have ever had any bearing on my functions as a public office holder.”

Both of the mortgages have been officially disclosed with the Office of the Ethics Commissioner and are public information.

Champagne rents out the two apartments which were originally valued at $683,000 and $1.1-million when purchased.

Conservative MP Garnett Genuis blasted Champagne’s indebtedness to the Chinese bank, claiming that it opens up the minister to potential influence from the Chinese Communist Party.

“I think it is very dangerous for a minister of the Crown to have personal financial dealings like that with state-owned enterprises from authoritarian countries,” said Genuis.

“Whatever the cause of the origin of those deals, it creates a certain degree of personal financial vulnerability to decisions which are ultimately directed by the government of China.”

Critics have accused the minister of being too soft on China. In a video resurfaced from 2017, Champagne told a Chinese broadcaster that China stood out as a “very inclusive society” despite the country’s longstanding record of human rights abuses.

“Canada and I would say China, stands out as a beacon of stability, predictability, a rule-based system, a very inclusive society,” said Champagne on May 9, 2017.