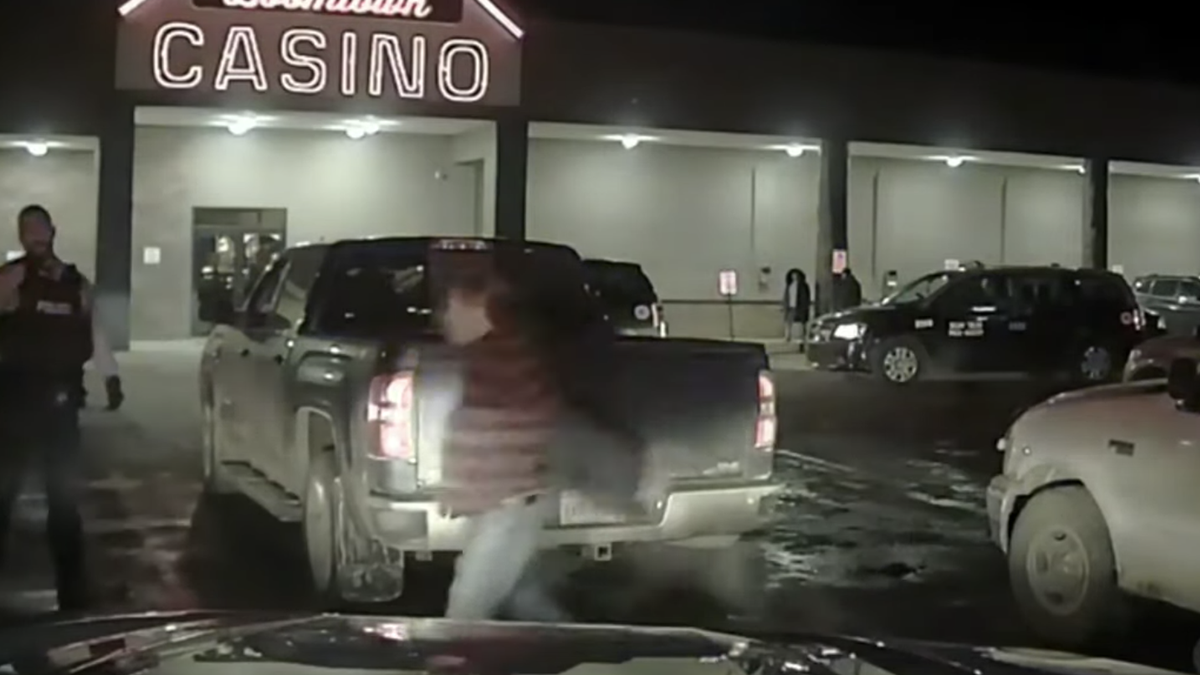 In the beginning of the video, the RCMP officer repeatedly tells Chief Adam to stay in his car. Adam calls him an “a**hole” and that he’s tired of being harassed by the police. pic.twitter.com/6BFsM1qjTR

When Adam is back in his car, the car attempts to flee the scene but the RCMP officer steps in front of the car. pic.twitter.com/UWVqOE7IPT

During Adam’s arrest, he wrestles with the RCMP officers. Officers repeatedly tell him to “stop resisting.” pic.twitter.com/kWUY5wGj6e