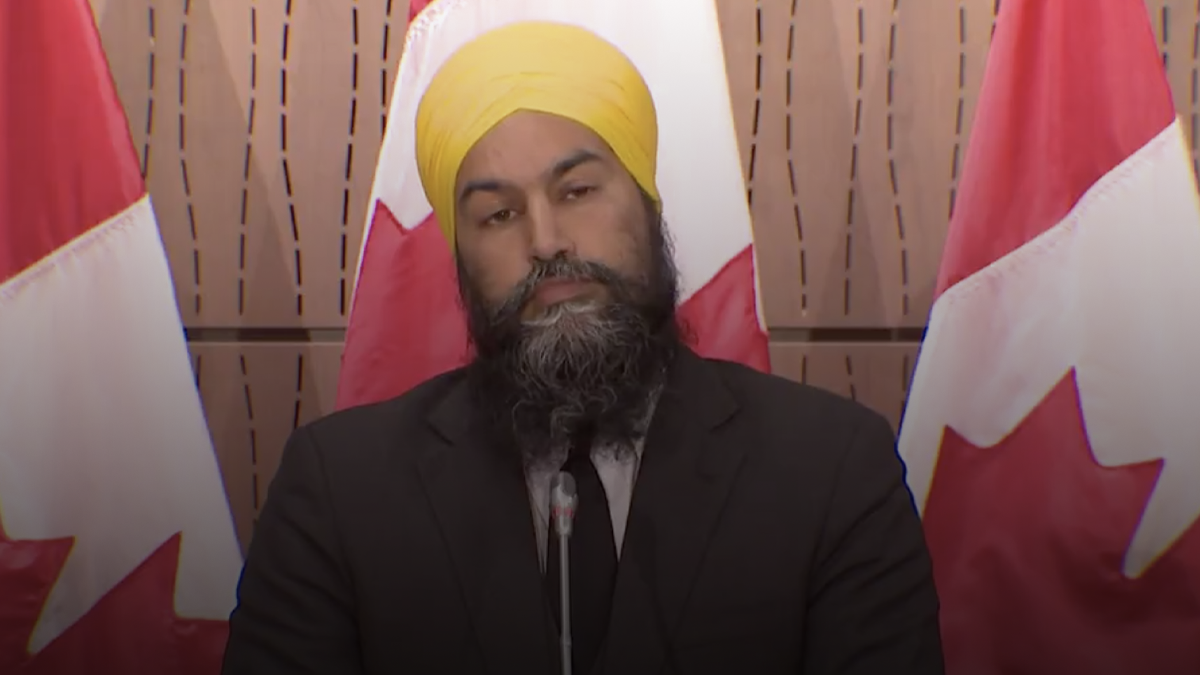 NDP leader Jagmeet Singh was kicked out of the House of Commons this afternoon after he accused Bloc Québécois MP Alain Therrien of being a “racist.”

The incident occurred after Singh failed to acquire unanimous consent for a motion to recognize systemic racism in the RCMP.

“There have been consultations, and I hope if you seek it, you will find unanimous consent for the following motion, that the House recognizes that there is systemic racism in the RCMP, as several Indigenous people have died at the hands of the RCMP in recent months,” said Singh in the House.

Singh was ultimately unable to pass the motion after House Speaker Anthony Rota put it to the other members.

Shortly after Singh’s motion failed, Singh and Therrien allegedly had a heated exchange while still in the House.

“Everyone has a right to their opinion, but I do not believe that a leader of a party can here treat another member of a party of this house, call them racist because we don’t approve the motion that was just moved,” said DeBellefeuille.

“The NDP unabashedly is treating the member of La Prairie as a racist person, and this is unacceptable in this house.”

When called on to confirm whether he was directing unparliamentary language towards a fellow MP, Singh stood by his comment.

“It’s true, I called him a racist, and I believe that’s so,” said Singh.

Singh was eventually ordered by the Speaker to leave the House of Commons for his unparliamentary behaviour.

During a press conference later that day, Singh addressed his actions, saying that he was momentarily angry when he made the accusation.

“In that moment I got angry. But I’m sad now. Because why can’t we act? Why can’t we do something to save people’s lives? We can do something, and why would someone say no to that?” said Singh.