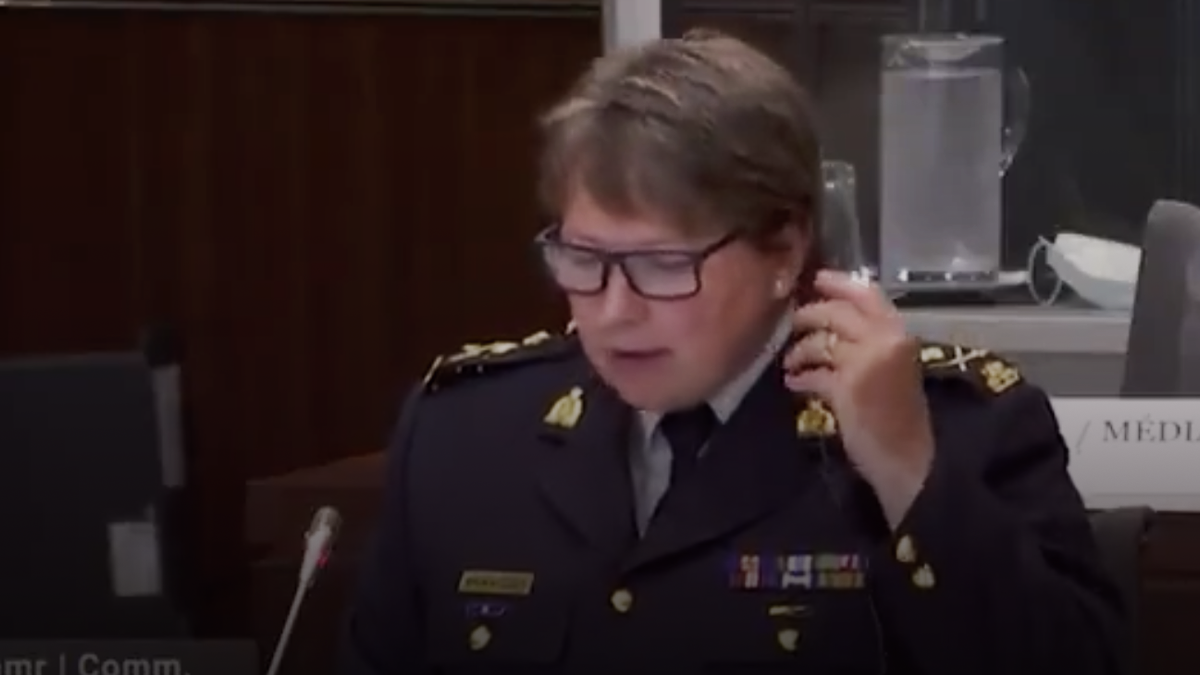 RCMP Commissioner Brenda Lucki had a hard time trying to think of examples of systemic racism in Canada’s federal police force on Tuesday.

MPs questioned Lucki while she appeared before the Standing Committee on Public Safety and National Security before passing a motion to study racism within Canada’s policing community.

Liberal MP Greg Fergus asked Lucki to clarify whether there was systemic racism in the RCMP.

“Yes, there’s absolutely systemic racism. I can give you a couple of examples that we’ve found over the years,” said Lucki.

For her example, Lucki explained that a training requirement that involved a six-foot broad jump could be seen as systemically racist because it disadvantages certain people.

“Evidence told us that the average person can broad jump their height. Of course, how many six-foot people do we hire? And there are people in all different cultures that may not be six feet, including there’s not a lot of women that are six feet tall, that would not be able to get through that type of test,” explained Lucki.

“That would be systemic discrimination. But I’m trying to think of systemic racism,” said Fergus.

Lucki faced public backlash earlier this month after she struggled to define whether systemic racism existed in the RCMP.

“If systemic racism is meaning that racism is entrenched in our policies and procedures, I would say that we don’t have systemic racism,” said Lucki on June 11th before claiming that the force was indeed plagued with the problem.

Last week, the RCMP Veterans’ Association came out against Lucki’s characterization of the force in an open letter.

“Making sweeping generalization statements about any group of people is always unfair and in the case of a senior executive member, singularly inappropriate and inaccurate. Thoughtless statements from our political leaders put frontline Members of the RCMP at risk,” wrote Glenn.

“Not for a moment do we deny that there are anomalies in the National Police Force. It will happen in any organization and the RCMP is no exception. But the anomalies are not the rule and to paint the entire organization with the same brush is to deny the dramatic role that the Force has played in the establishment of this country and in continuing over many years to ensure peace in Canada for all our citizens. Not some of our citizens – all of our citizens regardless of race, creed, colour or gender.”