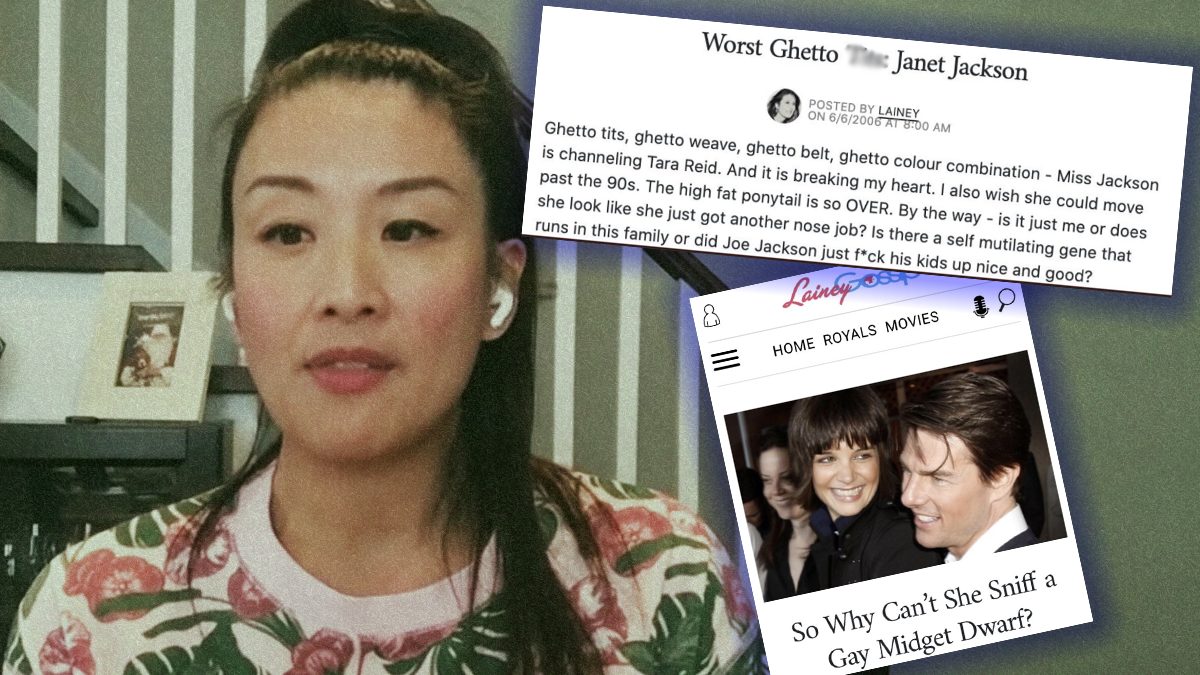 A regular host of CTV’s The Social has apologized for past blog posts that contained derogatory, racist and homophobic language.

Elaine “Lainey” Lui, who also co-hosts Etalk, faced a backlash on social media after her blog posts with titles like “Worst Ghetto T*ts: Janet Jackson,” and “So Why Can’t She Sniff a Gay Midget Dwarf” resurfaced online.

Lui repeatedly apologized for the posts and claimed that she wrote them because she “wanted to continue to be popular” while also blaming white supremacy.

“In that moment the only way I can explain it is by saying it was part of what I kept doing because I wanted to continue to be popular,” said Lui on The Social.

“I have been conditioned in white supremacy, and I have enabled white privilege, even as a person of colour myself, because we too, given that white supremacy is so dominant, can have bias.”

Only shortly before her blog posts resurfaced, Lui was denouncing Jessica Mulroney for her “white privilege.”

“Over and over again, Jessica Mulroney demonstrated her white privilege. Sasha Exeter called her out, and in response she threatened her. Sasha went public and she flexed her Meghan Markle friendship, half-assed her apology, and then, once again, threatened her with a ‘liable (sic) suit.’ Wrong and strong is terrifying. White privilege is terrifying – it terrified Sasha and it terrifies so many others. Still,” wrote Lui at the time.

In 2019, The Social celebrated the firing of Hockey Night in Canada host Don Cherry.

Cherry was fired by Sportsnet late last year after he was accused of making racist remarks while on air after he called out people who refused to wear poppies on Remembrance Day. After refusing to apologize for his remarks, Cherry was forced to leave the network.

In response to Cherry’s comments, The Social host Jessica Allen made negative remarks on air about “white boy bullies” who play hockey and look up to Cherry.

“They all tended to be white boys who weren’t, let’s say very nice, they were not generally thoughtful, they were often bullies. Their parents were able to afford to spend $5,000 a year on hockey,” said Allen.