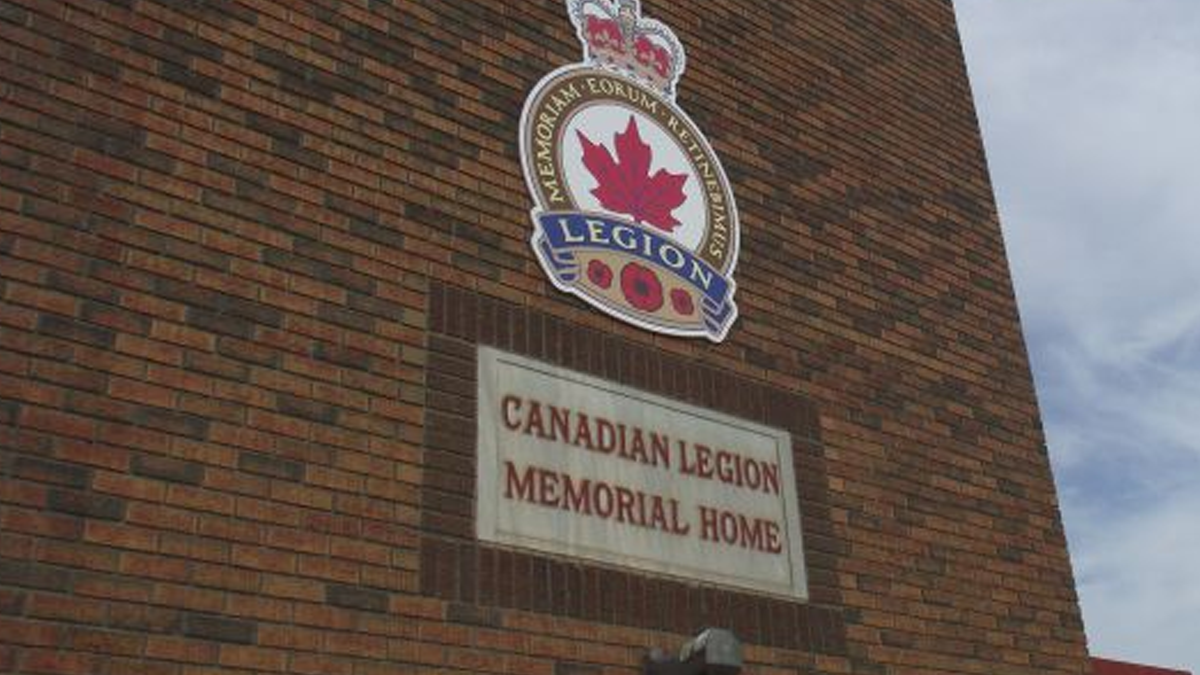 Royal Canadian Legion branches across Canada are at risk of closure as the charitable group finds itself largely unable to qualify for coronavirus aid programs.

The Legion has been calling for governmental support before branches are forced to permanently close. Founded in 1925, the organization offers community and meal programs to current and former members of the Canadian Armed Forces and RCMP and serves as a social hub.

“We’re a 95-year-old organization. And in that 95 years, we have prided ourselves on being self-sufficient, we have not reached out for funding. But these are unprecedented times,” National Executive Director Steven Clark told CTV.

The organization says that 124 branches will likely not survive the coronavirus pandemic financially, and another 357 are facing financial difficulty.

“Of our 1,381 branches, 167 have applied for federal assistance programs, but unfortunately only 55 have received that funding so it’s still a very small percentage,” Clark said.

The Royal Canadian Legion has written to Prime Minister Justin Trudeau twice expressing how crucial it is to ensure charitable groups have access to support during the pandemic.

In his letters, Royal Canadian Legion Dominion President Thomas Irvine expressed his frustration that for-profit businesses and industries can qualify for government assistance but many charities cannot.

“Much to our surprise and alarm, the new Emergency Community Support Fund announced by your government cannot help our Branches with the operational costs they continue to incur; this was confirmed by direct communication with ESDC. The program’s parameters need to be expanded in order to help the Legion and other not for-profit entities,” he wrote.

“I am angered to see that businesses whose sole purpose is to provide entertainment are getting relief, while our Legion Branches – which are literally helping to save lives and improve communities – are struggling with the fear of closure, with no government help in sight.”

While the Trudeau government has been engaged in unprecedented spending to try and keep the economy afloat during the pandemic, many have noticed glaring holes in the way the government is handling coronavirus aid programs.

It was recently revealed that 90% of small businesses cannot qualify for a program that was supposed to give them a rent subsidy. Only 16% of what was originally budgeted for the rent subsidy has been distributed so far.

Canadian farmers have also found themselves without support from the federal government: Ontario grain farmers are estimating a 35-40% loss of income this year.