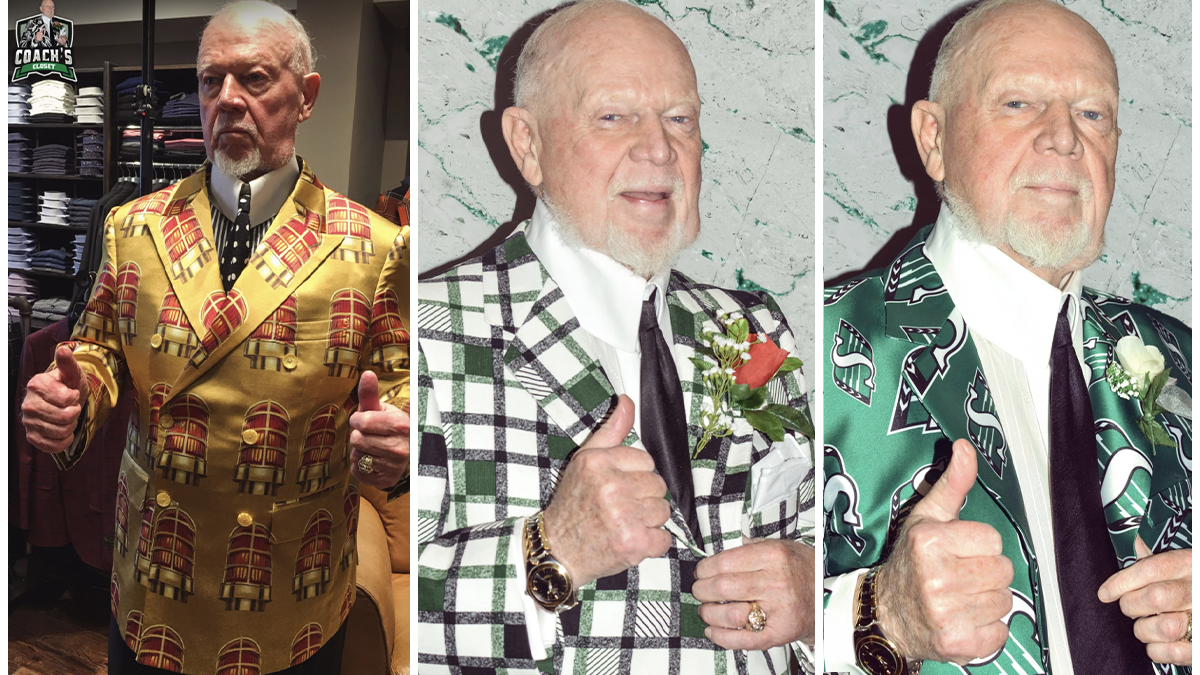 Hockey legend and former host of the Coach’s Corner Don Cherry is selling his iconic suits for a great cause.

A number of select outfits are up for auction at the Toronto clothing outlet The Coop, according to the Toronto Sun. All of the proceeds from the auction will go directly to Don Cherry’s Pet Rescue Foundation.

According to the foundation’s official website, the organization provides support for animal welfare projects.

“The Don Cherry’s Pet Foundation was formed due to Don’s vision of wanting to do more for those that have dedicated their lives to make Canada a more humane place for animals,” claims the mission statement.

“We support organizations who provide animal welfare services; including shelters, adoptions and care, in addition to providing educational awareness for animal welfare.”

Starting bids for each suit begins at $2,5000 CAD. Most of the auctions will be running through until late September and early October.

Cherry himself has several rescue dogs that he cares for at home. Cherry’s bull terrier Blue made several appearances with the beloved hockey legend.

“The foundation is about saving abused dogs or cats or any pet. All of the money we raise in this auction, and I mean 100% of it, will go to help animals. I get very upset when I read about abused animals. I can’t fathom why anybody would hurt one,” Cherry told the Toronto Sun.

“There’s a lot of memories and stories that go with each suit. Everywhere I go, someone will tell me which suit or tie was their favourite. Some of those that people mention to me are in this auction.”

Bidding for each individual item is set to start on Canada Day.

In 2019, Cherry was forced to resign from his longstanding spot on the Coach’s Corner after refusing to apologize for remarks made on air.

During one episode, Cherry criticized people who refused to wear a poppy on Remembrance Day.

Cherry’s remarks caused a backlash among leftist activists and the mainstream media who accused him of racism.

Among those who spoke out against Cherry was morning talkshow host of The Social, Jessica Allen. While commenting on Cherry’s dismissal from Sportsnet, Allen made negative comments about “white boys” who played hockey and looked up to Cherry.

“They all tended to be white boys who weren’t, let’s say very nice, they were not generally thoughtful, they were often bullies. Their parents were able to afford to spend $5,000 a year on hockey,” said Allen.