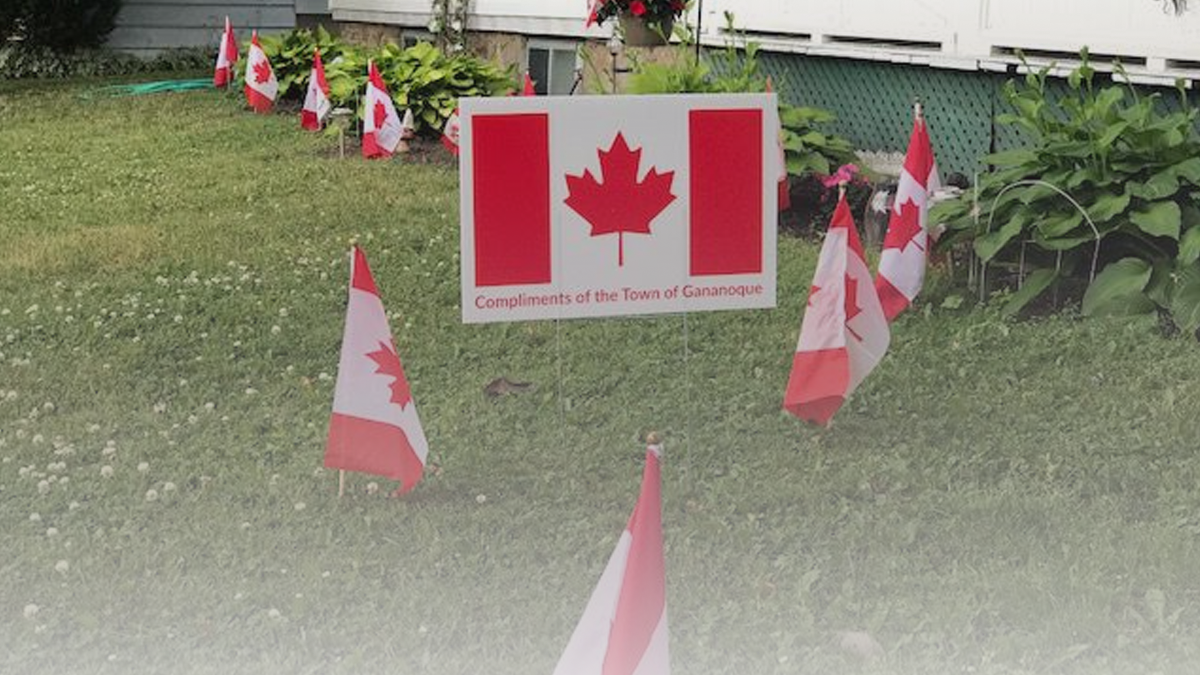 The town of Gananoque, Ontario is not shying away from displaying national pride on Canada Day.

Canadian flags adorn the town’s businesses, municipal buildings and residences as a way to celebrate the nation’s birthday.

According to Mayor Ted Lojko, showing off Canada’s national colours and emblem are a way to get around the limitations that the coronavirus pandemic has put on public celebrations.

“The whole virtual Canada Day thing, I mean we could do nothing, but the problem is with no fireworks, with no concert at Joel Stone park … it’s meant to bring the neighbourhood together, to make them feel that there is something that’s worthy to celebrate which is Canada Day,” said Lojko.

The town has handed out approximately 1,000 Canada Day signs for locals to use to decorate for the occasion.

“We basically tried to look at how many things we could do to celebrate Canada Day on July 1st. So the signs we have been putting up for the last week,” said Lojko.

However, some people don’t seem to share Gananoque’s enthusiasm for Canada as a country.

Last week, the popular Halifax newspaper The Chronicle Herald issued a warning on the front page of their weekend edition regarding a Canada flag cut-out featured with the issue.

“TO OUR READER: Inside today’s edition, on page A9, you’ll find a Canadian flag to clip and post to help celebrate July 1. We understand the flag doesn’t mean the same thing to everyone, however, we hope our readers recognize their ability to play a role in shaping Canada’s future is a freedom worth acknowledging,” said Saturday’s paper.

The disclaimer triggered outrage among Canadians online and beyond.

Among those who chimed in to condemn the publication for the issue was Conservative Party of Canada leadership candidate Erin O’Toole, who called it “a slap in the face to all Canadians.”

“The Chronicle-Herald should be ashamed of itself. Canada’s flag is a symbol of justice, freedom, and opportunity here and around the world,” said O’Toole.