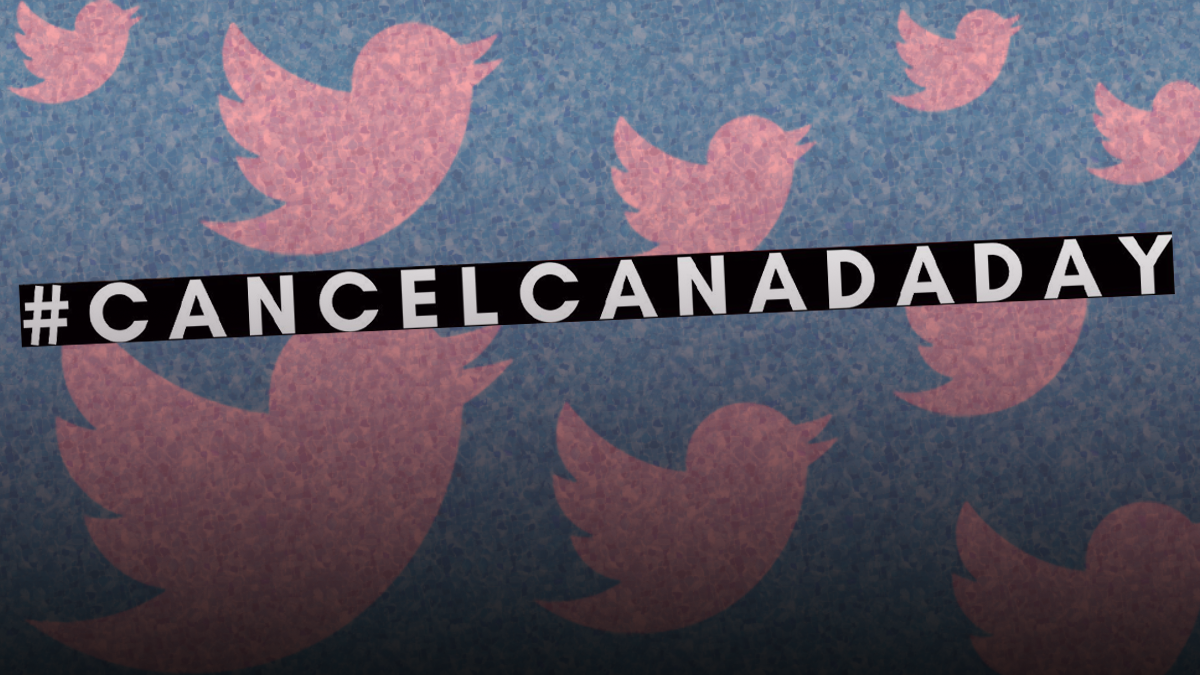 Suspicious accounts with bot-like attributes helped make #CancelCanadaDay a trending hashtag on Twitter over the last 24 hours, giving some Canadians the impression that anti-Canada sentiment was at an all-time high.

True North accessed the Twitter API to analyze 17,844 tweets made by 4,104 different users and found that dozens of accounts engaged in suspicious activity.

Out of all of the users analyzed, 41 unique Twitter accounts were created as of June 30 and contributed over 300 tweets featuring the hashtag. Another 5,187 tweets were found to have been created by accounts with less than 10 followers.

While low follower count and account creation dates are not foolproof ways to determine inauthentic activity on Twitter, they are among several key indicators that an account is a bot.

One of the suspicious accounts detected was user pacifistsoup, whose account was created on July 1st.

TrueNorth found that within the first eight hours of that account’s creation, pacifistsoup tweeted 180 times, frequently employing the anti-Canadian hashtag.

“#CANCELCANADADAY is about acknowledging our racist past, and how the white majority in this “country” has benefited greatly from the mistreatment of POC. I still benefit from this today, and I am ashamed at how my heritage gives me special privileges in Canada,” tweeted Twitter user pacifistsoup.

Another account that exhibited suspicious activity was the account ellen_lives, who began tweeting shortly before Canada Day.

“My favorite part of #CancelCanadaDay is the Patriots that are helping it trend by tweeting about how insulted they are. Boy they sound like snowflakes,” wrote ellen_lives.

Since the account’s creation, it has contributed 60 individual tweets, many of which employed the #CancelCanadaDay hashtag.

Hand in hand with Twitter activity promoting the hashtag, several protests claiming to highlight systemic racism in Canada made use of the #CancelCanadaDay hashtag in advertising their demonstrations on July 1.

The protests which were organized by the Idle No More movement and Black Lives Matter, popped up throughout Canada, with events taking place in six different Canadian cities.