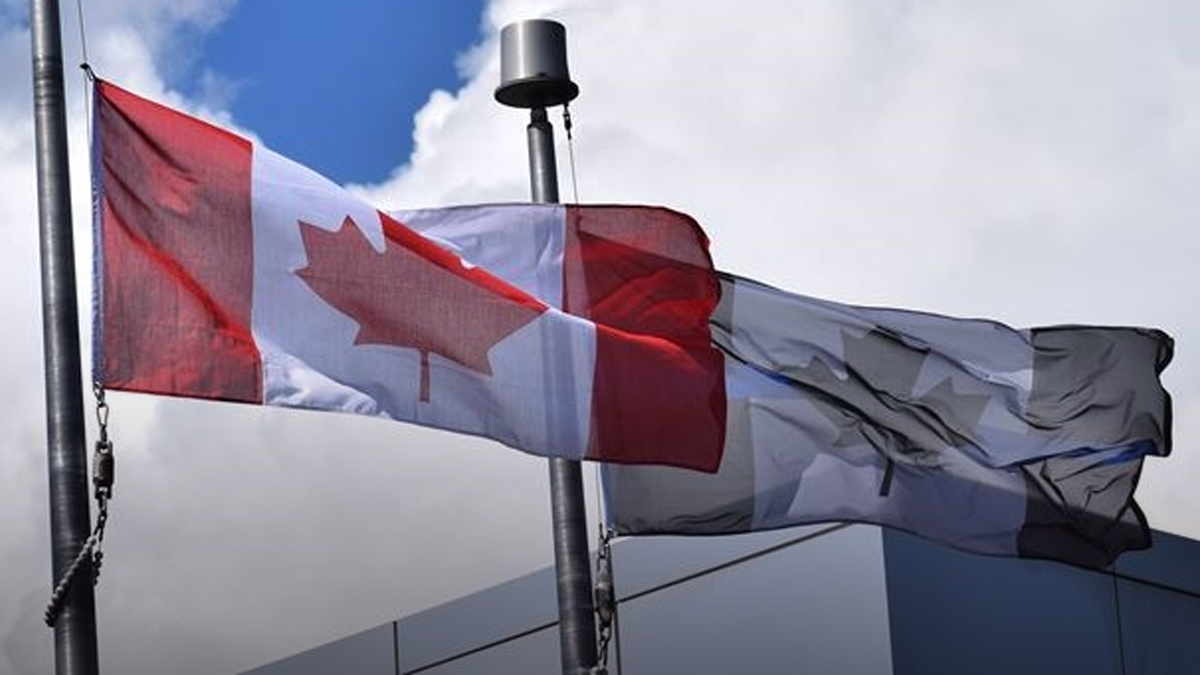 The Ontario Provincial Police Association (OPPA) has defended its decision to fly a Thin Blue Line flag honouring fallen officers outside of one of its headquarters after people complained that the flag was offensive.

The flag was first hoisted on a pole outside of an OPPA building in Barrie, Ontario on June 29, 2019, and has been flying ever since.

OPPA President Rob Jamieson issued a statement on Monday clarifying the reasoning behind raising the flag, claiming that it was raised to honour the life of RCMP Officer Heidi Stevenson, who was killed in the Nova Scotia mass shooting and others who have died in the line of duty.

“The Canadian flag flying at the OPPA building was torn and needed replaced. The OPPA Board wished to support the family of RCMP Officer Heidi Stevenson and all fallen officers through a ‘Blue On Blue’ campaign that was led by an OPPA member and his wife, an RCMP member related to line of duty death of RCMP Constable Heidi Stevenson in the Nova Scotia Shooting incident,” wrote Jamieson.

Others on social media accused the OPPA of being racist for flying the flag in opposition of Black Lives Matter.

“Stop denying that this flag represents an opposition to the black lives matter movement. This is racist and goes to show how racism is protected and rewarded by the police force at large,” wrote Facebook user John Dougherty.

In his statement, Jamieson maintained that the flag represents “support, solidarity and respect” for fallen police officers.

“The dark colour of the flag is purposely subdued to show respect, and the ‘thin blue line’ symbolizes the police line between good and evil, for honourably serving and protecting our communities, principles that Heidi Stevenson stood for, and gave her life for.”