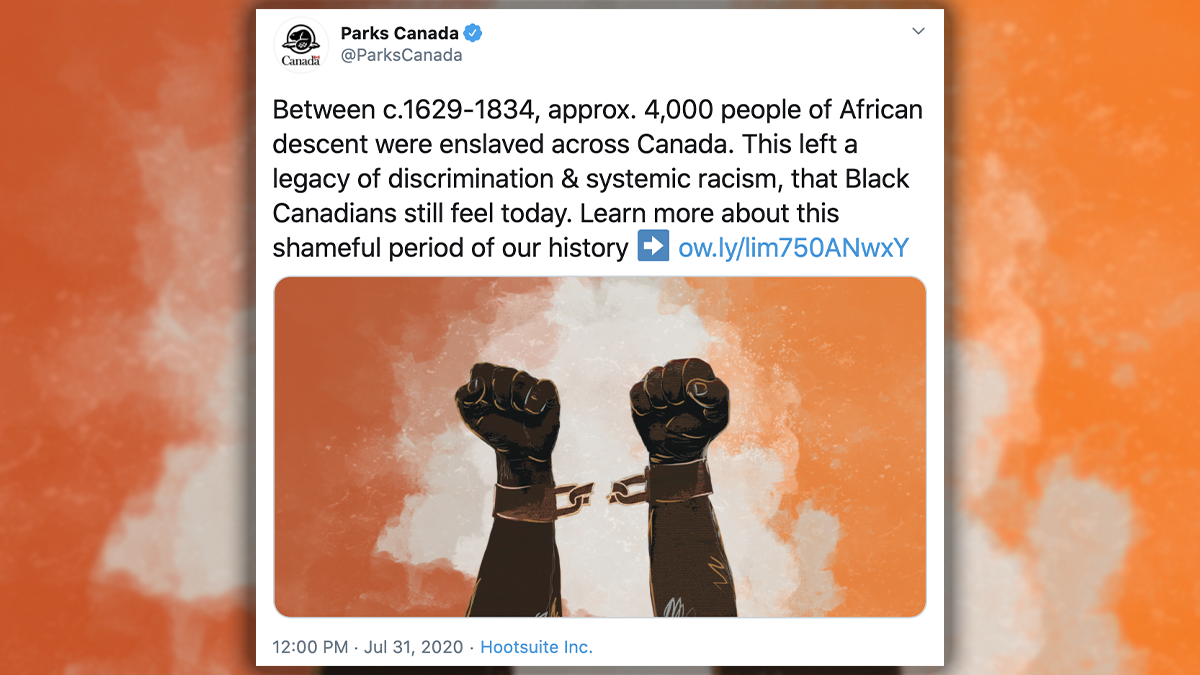 On Friday, Parks Canada published a tweet suggesting Canada was complicit in slavery despite the practice being outlawed before Canada was founded.

The post was heavily criticized by Twitter users, noting that slavery was abolished 33 years before the Dominion of Canada was created.

Parks Canada’s tweet failed to recognize the progress made against slavery in British North America, including the anniversary of the abolition of slavery.

On August 1, 1793, Upper Canada Governor John Graves Simcoe issued the Act Against Slavery, banning the import of slaves and providing freedom to children of female slaves. Upper Canada was the first British colony to issue such legislation.

In 1834, Upper Canada issued the Slavery Abolition Act, officially ending slavery in what is now Ontario.

August 1 is known in Ontario as Emancipation Day, but this positive event in Canadian history was not shared by Parks Canada.

In the years after slavery was abolished in British North America, Canada became a haven for runaway slaves from the United States.

While estimates vary, between 30,000 and 100,000 slaves fled through the Underground Railroad, mostly to British North America.

Friday’s tweet coincided with the Trudeau government’s addition of “Enslavement of African People in Canada” to Canada’s National Program of Historical Commemoration.

This designation will enable to the government to share its interpretation of slavery in Canada more widely.

In a statement, Diversity and Inclusion Minister Bardish Chagger called the move an important part of the Trudeau government’s effort to address systemic racism in Canada.

“As part of our collective effort to remove the systemic barriers preventing Black Canadians as well as many racialized and religious minority communities from participating fully and equitably in our society,” she said.

“We must confront the hard truths that are part of our history.”