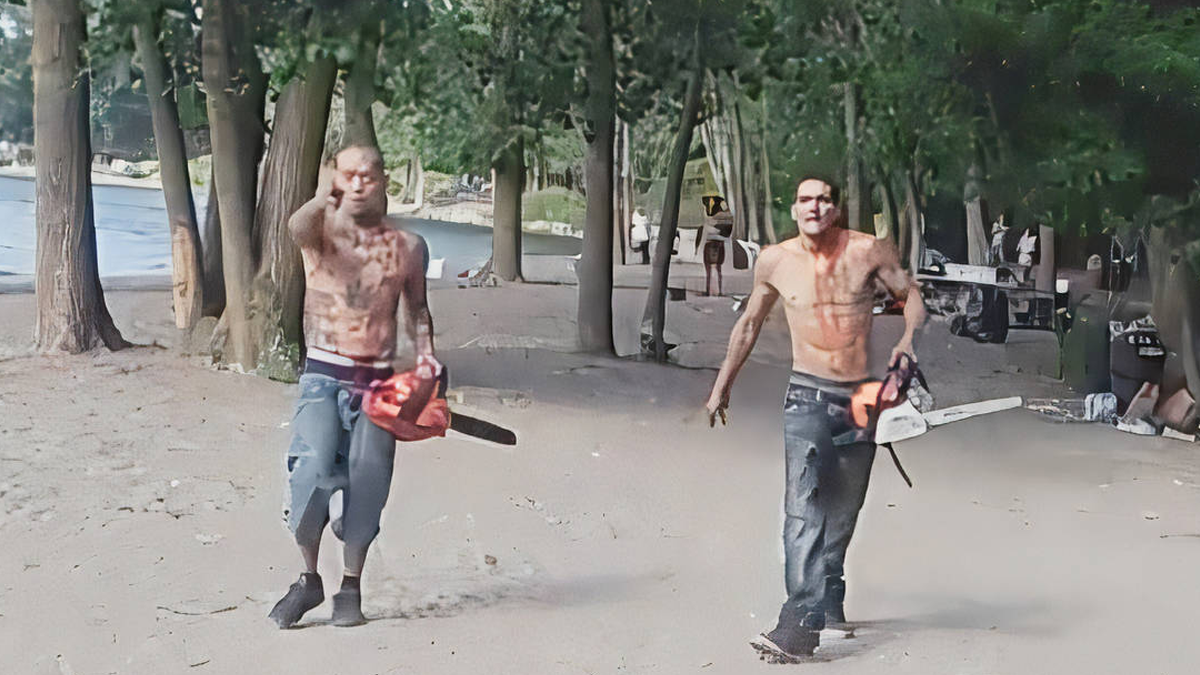 Various eye witness accounts of the incident describe the suspects being covered in blood and running through a trail while wielding the weapons.

Officers arrived on scene at 9:49 a.m. and made several arrests. According to police, the suspects were involved in a large fight prior to the incident.

Police have launched an investigation into the incident, however they do not believe that the chainsaws were used as a weapon.

Toronto Mayor John Tory addressed the arrests on Monday morning, suggesting that the incident was somehow connected to a weekly protest at Queen’s Park.

“There is a protest that seems to happen weekly at Queen’s Park and it seems, according to the information that has been given to me, a number of the very same people then end up at Cherry Beach having some sort of a gathering,” Tory told reporters.

“Clearly an incident like this would cause us to want to keep a very careful eye on both these gatherings themselves, because gatherings beyond certain numbers and at certain times… are regulated at this moment in time and also ones that scare or otherwise disturb people, we want to keep an eye on as well.”

One video of the altercation posted to Facebook shows the men yelling and revving the chainsaws as they bleed from various cuts.

“Who hit me?” yells one of the suspects.