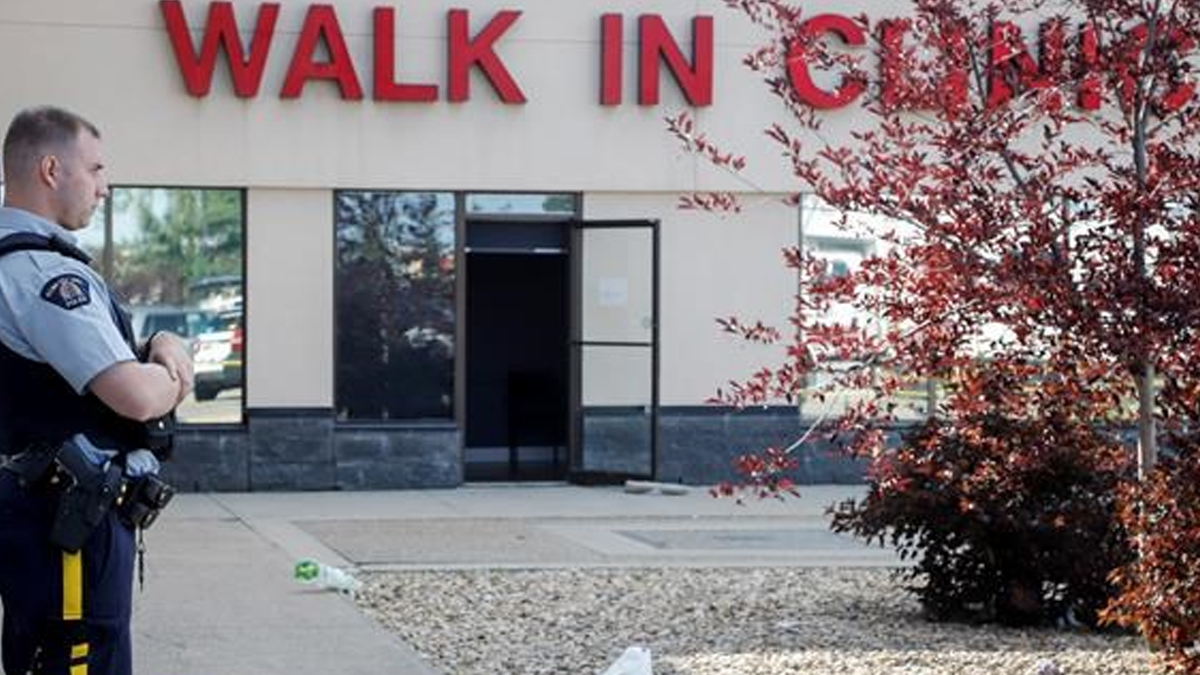 One man has been charged with first-degree murder in the death of a Red Deer doctor who was attacked at his walk-in clinic.

Dr. Walter Reynolds was assaulted while working at the Village Mall Walk-In Clinic on Monday. He was taken to hospital and subsequently died of his injuries.

“This was not a random attack,” RCMP Supt. Gerald Grobmeier told reporters on Tuesday.

Deng Mabiour, 54, was arrested at the scene of the crime. Mabiour has been charged with first-degree murder, assault with a weapon and assault of a police officer.

Witnesses say Mabiour attacked Dr. Reynolds with both a hammer and a machete inside an examination room. RCMP confirmed that the two were known to each other but did not provide any more information.

According to witnesses, police officers rushed inside the clinic and ordered Mabiour to drop his weapons upon arrival at the scene. Anina Mullin told CBC she saw officers lead out a man who had a “kind of smirk on his face.”

Public condolences began just hours after the attack, with a makeshift memorial created outside of the walk-in clinic before the RCMP announcement of the murder on Monday.

A GoFundMe created for Dr. Reynolds’ wife and two young daughters exceeded $120,000 in less than 24 hours.

Dr. Reynolds’s coworker Dr. Peter Bouch said that he was extremely passionate about his family and his job as a physician. Both men came to Canada from South Africa.

“He was a family man. He spoke about his two kids, enjoyed spending time with his family, and in all, he was a really good doctor,” Dr. Bouch said.

Dr. Bouch added that the murder has been especially hard for Dr. Reynolds’ extended family. Most are still in his native South Africa and unable to come to Canada under current restrictions.

“Because their family is in South Africa, now compiled on top of this tragic event, we also have the pandemic and it restricts travel,” he said.

A vigil for Dr. Reynolds is scheduled to take place Friday at 7:00 PM in the gardens of Red Deer City Hall.