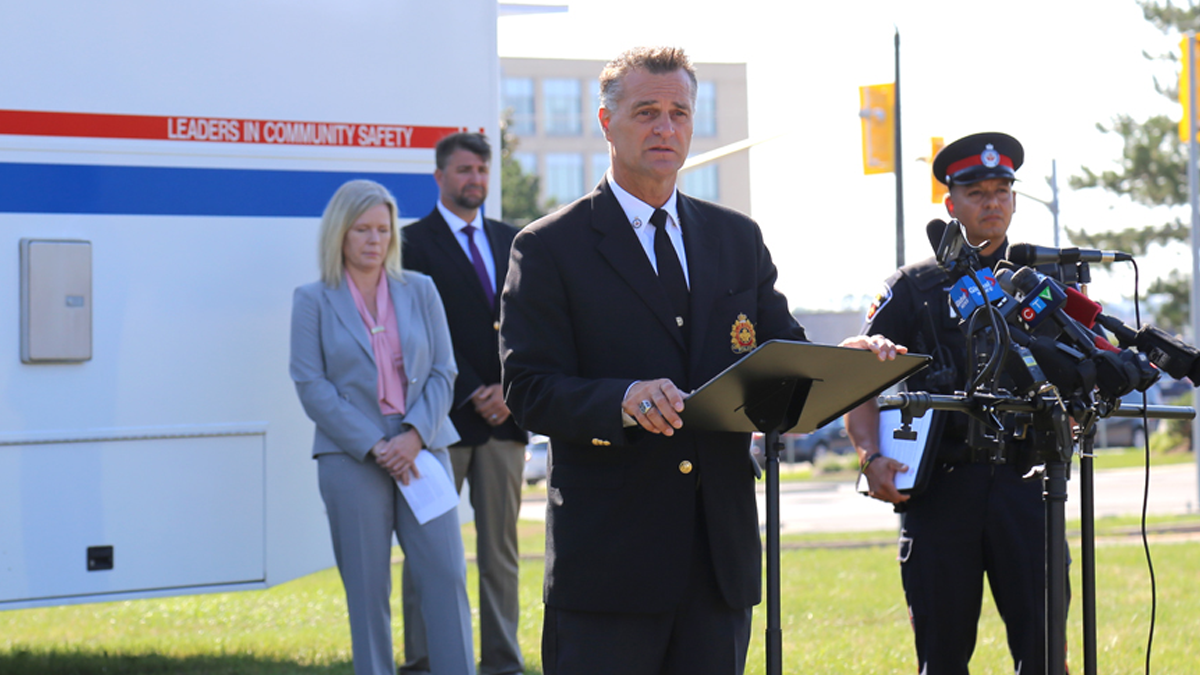 One man has been arrested following the assault of a Whitby woman in late July.

On Friday, Durham Regional Police announced they had arrested Anthony Doiron-Francis, 21, of Whitby and charged him with attempted murder, aggravated sexual assault and aggravated assault in connection to an attack on a woman July 28.

On July 28, a 50-year old woman was reported missing by her family, leading to a search which located her on July 29.

Police reports say the victim was found with “multiple serious injuries consistent with a vicious assault.”

In a statement, Durham Regional Police thanked various units in their help identifying and locating the suspect.

“Investigators, along with members of the DRPS Auxiliary Unit, began to canvass the area and, on Tuesday, August 4, 2020, police released security video of a Person of Interest in this case,” they wrote.

“As a results of their tireless work by our members, including our Electronic Crimes Unit, investigators were able to identify the suspect.”

Doiron-Francis was arrested on Thursday in Ottawa without incident. Police do not believe that the victim and the accused had any connections prior to the attack.

“[Durham Regional Police Services] would like to thank the Centre of Forensic Sciences, Ottawa Police, members of the media and the public for their assistance in this investigation.”

The accused will be held until a bail hearing is arranged.