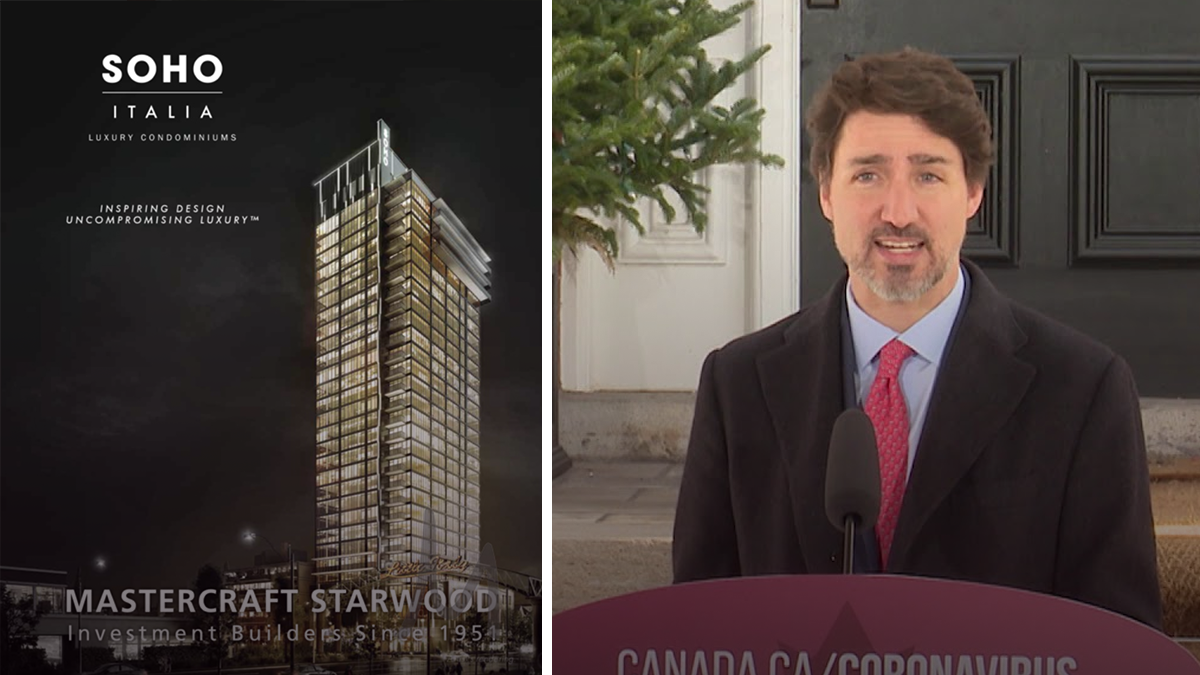 The federal government has given an $86.4 million loan to a wealthy Ottawa developer to build a 30-storey apartment building on Preston St..

SoHo Italia is being developed by Mastercraft Starwood and has an expected completion date of late 2022.

“It is difficult to get financing for multi-unit rental properties but these CMHC [Canada Mortgage and Housing Corporation] loans are repayable and give builders the confidence and means to move ahead with rental housing that will fuel our economy when it is needed most and give more Canadians a place to call home,” said Mastercraft President Bruce Greenberg.

“These are unprecedented times and it is precisely at times like this that we realize and appreciate the privilege and how fortunate we are to live in a great country like Canada.”

Between all of the properties it owns, Mastercraft Starwood’s estimated market value is over $2 billion.

The loan was announced earlier this week by Social Development Minister Ahmed Hussen as part of the Rental Construction Financing Initiative.

According to the Canada Mortgage and Housing Corporation website, “rental construction financing provides low-cost funding to eligible borrowers during the most risky phases of product development of rental apartments (construction through to stabilized operations).”

Terms for the loan include 10-year fixed interest rates, up to a 50-year amortization period, and interest-only payments financed by the loan during the construction to occupancy permit period.

The Liberal government launched the initiative in 2017, funnelling $2.5 billion into the federal real estate scheme. However, in 2019 the federal government announced it would increase the fund to $14 billion over the next nine years.

Other real estate developers that have received federal funds since the initiative was launched include Nova Scotian company POLYCORP, which received an $8.2 million federal loan to build the Woodman’s Grove Residences in Wolfville. Ottawa-based Claridge Homes were also granted a $70.8 million loan to construct 227 rental housing units in the nation’s capital.

Similarly, an Irving-owned company received forgiveness on paying back part of a $7.4 million loan. The loan was given to them by the Atlantic Canadian Opportunities Agency, an agency of the federal government, for use in building a drywall plant in Saint John, New Brunswick.

The Federal Director of the Canadian Taxpayers Federation Aaron Wudrick is speaking out against these loans and telling these developers to take on private loans from banks rather than relying on taxpayers for financing.

“There is no reason that taxpayers should have to backstop loans to property developers,” said Wudrick. “We have institutions in Canada that have a lot of expertise in offering loans to businesses and are willing to bear the risk themselves. They’re called banks, and that’s where developers should go if they need a loan.”

Given the existing financial situation, Wudrick believes it is important that the federal government cancels these risky loans.

“Now more than ever, governments needs to stop risking taxpayer money they don’t have, and start focusing on priorities that Canadians rightly expect their tax dollars to be used for.” added Wudrick.